Stuttgart. On the occasion of the championship dinner and the 30th anniversary party Porsche announced the 2020 race calendar for the Porsche Carrera Cup Deutschland. A distinctive highlight on the programme is the event run as support to the 24 Hours of Le Mans. At the French long-distance classic, the German one-make cup series will compete alongside the Porsche Carrera Cup France. Rounding off the calendar are six double-header events contested as part of the ADAC GT Masters and one event as support to the DTM programme.

A single race will be contested at Le Mans. All other events are doubleheaders with two 30-minute sprint races. Before the season gets underway, a two-day test will be held at Most in Czechia. Oschersleben hosts the season-opening round of the Carrera Cup as support to the ADAC GT Masters. Two rounds of the one-make cup will be held outside German borders as part of the GT racing series: in the Autodrom Most and at Zandvoort in the Netherlands. The Porsche Carrera Cup Deutschland weekends at the Nürburgring, the Hockenheimring Baden-Württemberg and the Sachsenring are also run as part of the ADAC GT Masters. Moreover, the series will accompany the DTM to the storied Norisring in Nuremberg – Germany’s only street circuit.

“With so many people who influenced the one-make cup over the last 30 seasons, and the competing teams for 2020, the anniversary party was the perfect occasion to celebrate the success story of the Porsche Carrera Cup Deutschland. At the same time, we look ahead to the future. We’re looking forward to an exciting 2020 season with rounds supporting two top-level series. Moreover, the race at Le Mans will be a real highlight, especially with the event’s special atmosphere and illustrious history,” said Hurui Issak, Project Manager of the Porsche Carrera Cup Deutschland.

This year marked the 30th season of the German Carrera Cup – a milestone in the history of the series. The anniversary party was held on Saturday in the Porsche Museum with the current teams and drivers, the champions, partners and sponsors of the one-make cup. On the occasion of the celebration, the current Porsche Junior Julien Andlauer (overall winner), Porsche Junior Jaxon Evans (rookie champion), Carlos Rivas (amateur champion) and the BWT Lechner Racing squad (team champion) were honoured. In addition, the Porsche Taycan Turbo was presented in a special livery as the new safety car of the racing series.

The very first race of the Porsche Carrera Cup Deutschland was contested in 1990 at Zolder in Belgium. Since then, more than 300 races have been held. Since its debut, technically identical 911 vehicles in a special cup version have been fielded. Last season, all competitors went head-to-head in the latest version, the 485 hp Porsche 911 GT3 Cup (991 II). For many drivers, the Carrera Cup served as an important stepping stone in their careers. Today, title winners such as Jörg Bergmeister, Timo Bernhard, Dirk Werner, Nick Tandy, Kévin Estre and Sven Müller represent Porsche on the world’s racetracks as works drivers. A total of 27 drivers have advanced from the Porsche one-make cups to become Porsche works drivers. This year, Michael Ammermüller joined the record books: With 17 race wins he is the most successful driver in the history of the Porsche Carrera Cup Deutschland.


Further information, film and photo material in the Porsche Newsroom: newsroom.porsche.de. The Twitter channel @PorscheRaces provides live updates from Porsche Motorsport with the latest information and photos from racetracks around the world.


The consumption and CO2 emission values were calculated according to the new Worldwide Harmonised Light Vehicle Test Procedure (WLTP). The NEDC values derived from this must continue to be specified for the time being. These values cannot be compared with the values calculated on the basis of the previously used NEDC measuring procedure.

Further information on official fuel consumption and official specific CO2 emissions of new passenger cars can be found in the “Guide to Fuel Economy, CO2 Emissions and Electricity Consumption of New Passenger Cars,” which is available free of charge at all points of sale and DAT.
Communications, Sustainability and Politics
Motorsport Communications
Holger Eckhardt
Phone: +49 (0) 711 / 911 24959
E-mail: holger.eckhardt@porsche.de
Tekst 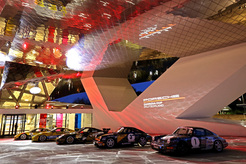 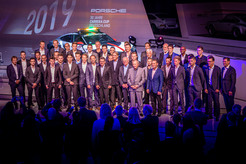 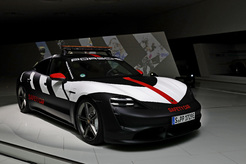 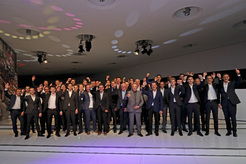 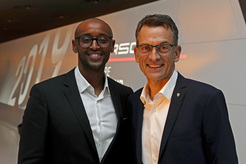 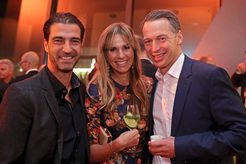 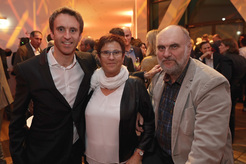 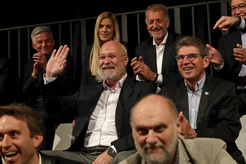 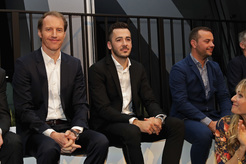 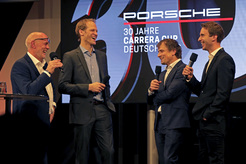 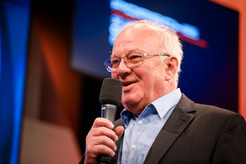 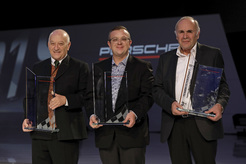 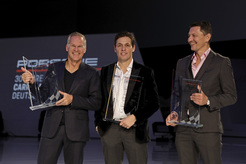 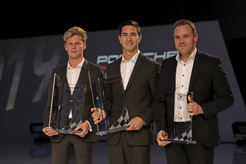 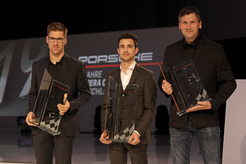 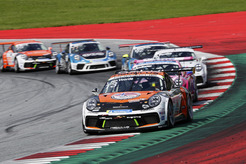 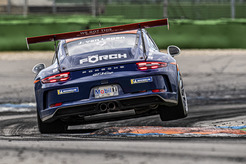