Home is where the family lives

Stuttgart. In the early morning, the wide doors to the balcony swing open. Gianmaria “Gimmi” Bruni steps out of his white-furnished living room, takes a deep breath and sighs as he looks out at the stunning view. In the hills of Monaco, his vista over the sparkling blue Mediterranean is unobstructed – at least not yet. “I have to enjoy every day because this will soon be gone,” explains the 39-year-old Italian. He points to a large construction site. “A new high-rise will appear very quickly, then there’ll be new building in front of us and we’ll have to seriously contort ourselves to catch a glimpse of the sea. Typical Monaco.” The wiry 1.83-metre man from Rome has lived in the Principality with his family since 2012. He has moved twice within Monaco in the last eight years. Given the construction work in the neighbourhood, the next move could be on the cards.

“It’s actually perfect,” says Bruni of his current living conditions. The spacious apartment offers him, his wife Francesca and daughter Stella plenty of space. On the balcony stands a much-loved barbeque and there is even enough room for a trampoline, on which father and daughter bounce almost every day. The stylish apartment building is located directly at the border of Monaco and France. “And that’s been a bit of a curse during the coronavirus pandemic,” smiles Bruni. He explains with a laugh: “My wife went out for a run. The street just around the corner marks the French border. She was running her usual route when the French police stopped her. She had to switch to the other side of the street and stay within the Monaco area. The health safety measures in France are currently much stricter than here.”

The guidelines to contain the pandemic have had a very direct impact on the life of the Bruni family. Their nine-year-old daughter has had to be homeschooled. “Mostly by my wife,” admits the Porsche works driver. The reason: Stella attends a French-speaking school in Monte Carlo. “Gimmi’s” wife is a translator and has a much better mastery of the language than her husband. “I’d like to learn more French, however my German lessons are enough for me at the moment,” explains the ex-Formula 1 driver. Bruni studies four days a week. “I have books and I watch tutorial videos. I’m making good progress. From next year I should be able to have a brief conversation in German. I think it’s important to continue growing into the Porsche family. I also want to use this race-free time to further my education.”

Until March this year, the racer from Rome was able to make the most of the opportunities in and around Monaco. “I went out on my racing bike a lot. Often with friends,” he shares. Several professional cyclists live close by, including the four-time Tour de France winner Christopher Froome from Great Britain. A small group often rides the high passes such as the Col de Turini and sometimes even the famous Mont Ventoux. The fit works driver describes his training: “Often I’ll ride along the coast first, from Monaco over France to Italy and back over the mountains.” When he returns, his cheerful family is waiting. His daughter Stella often teases her father with the Monegasque she has learned at school. “I can barely understand a word – it’s a very strange combination of French and Italian. But she finds it funny when I look a bit befuddled,” laughs Bruni. With his Italian wife Francesca, he not only has a perfect partner when it comes to language but also the important topic of motor racing.

“I’ve known my wife for 20 years and we’ve been married for ten,” says the 2019 Sebring winner. “Her father was active in karting. We knew each other and were friends. I went skiing with him once and he suddenly suggested that his daughter should come too. And there she was. We fell in love and have been a happy couple ever since. Francesca has accompanied me through all of my racing phases: Formula 3, Formula 3000, GP2, Formula 1, Le Mans, GT racing – every single series. She knows how motorsport works and completely understands everything that goes with it, including the amount of time and effort and the associated travel.”

Privately, the avid racing cyclist prefers a quiet and peaceful life. “We tend to spend our holidays in the peace and tranquillity of the South Tyrolean mountains. We like that best,” says Bruni. And he returns to his roots at least once a year. The three-time Le Mans class winner, who keeps his trophies between helmets and F1 exhaust parts in a room next to the garage, grew up about ten kilometres north of the Italian capital Rome. “It always calls me back. I have a lot of friends and family living there. When I visit Italy, my favourite thing is to cook them homemade pizza in our beautiful pizza oven – at least I feel like I’m the champion of preparation. Even though I prefer eating food from the grill, I’m simply better at making pizza!”

Background story Gianmaria Bruni: Home is where the family lives 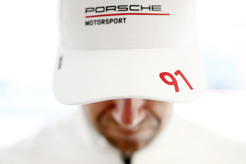 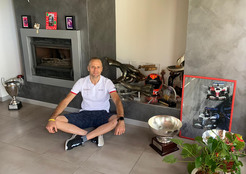 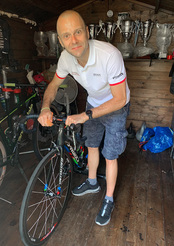 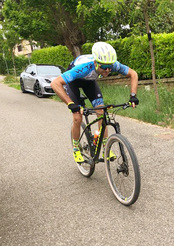 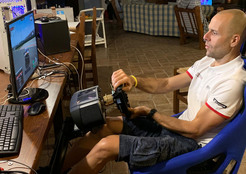 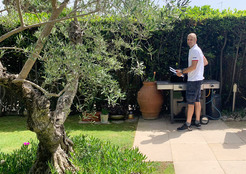 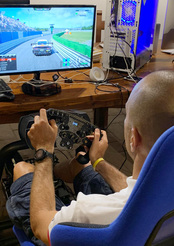 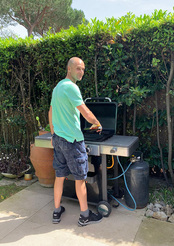 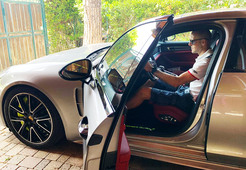 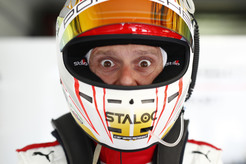 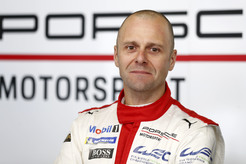 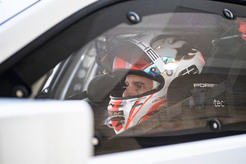 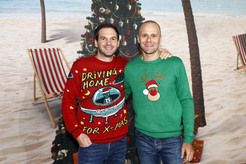 Richard Lietz (A) and Gianmaria Bruni (I) (l-r)