Laurin Heinrich claims double victory at the virtual Autodrom Most

Stuttgart. Laurin Heinrich (D/Porsche Zentrum Bamberg) is the “Race at Home” winner of the Porsche Esports Carrera Cup Deutschland. At the special digital event of the national one-make cup, the German won both 30-minute races. A total of 21 drivers lined up on the grid of the virtual Autodrom Most (Czech Republic) in their 485 hp Porsche 911 GT3 Cup car – among them, Porsche ambassador Timo Bernhard (D/Team75 Bernhard/Porsche Zentrum Mannheim). In race one, the two-time overall winner of the Le Mans 24 Hours managed to hold his own to claim a place in the midfield. The one-make cup ran its virtual event on the RaceRoom simulation platform.

“That was an outstanding start to our second esports season. Both races were packed with duels and the best proof that virtual racing is truly entertaining. Seasoned sim racers, young guns and amateur drivers from real motor racing treated viewers to many overtaking manoeuvres, said Hurui Issak, Project Manager of the Porsche Carrera Cup Deutschland.

All sim racers competed in vehicles finished in the special paintwork of different Porsche Centres from all over Germany. At both races, Heinrich achieved a lights-to-flag victory. In the first round, the polesitter gained a small lead right at the start and continued to build on it to ultimately take the flag after 19 laps in first place. “It was a perfect virtual race day for me. My start was great and I managed to conserve my tyres thanks to the gap I gained. I had the lead well under control at all times,” said a delighted Heinrich.

In hot pursuit, Rudy van Buren (NL/CarTech Motorsport/Porsche Zentrum Olympiapark) found no way past the leader in the first laps and eventually lost contact to Heinrich. The Formula E simulator driver finished the race second. “To be honest, I haven’t yet had a chance to get a lot of experience on RaceRoom. So, second place is better than I expected. I didn’t have the speed to fight Laurin Heinrich for the lead, so I’m happy with this result,” said van Buren. His compatriot Larry ten Voorde (Huber Racing/Porsche Zentrum Augsburg) followed over the line in third place. Berkay Besler (TR/Huber Racing/Porsche Zentrum Dortmund) secured fourth, with Dylan Pereira (L/Förch Racing/Porsche Zentrum Frankfurt) in fifth.

In race two, Heinrich again laid the foundation for his victory at the start. Taking up the race from pole position, the 18-year-old promptly pulled clear of the field and drove a confident race to claim his second victory. Heinrich also benefited from the battles behind him: starting from third on the gird, ten Voorde won the sprint to the first corner against van Buren to snatch second place. In lap two, however, van Buren made a countermove to retake second from ten Voorde and retained it to the flag. The third podium step was occupied by Pereira after ten Voorde spun in the sixth lap and fell down the order. Position four and five went to Julian Hanses (A/Förch Racing/Porsche Zentrum Berlin) and ten Voorde.

Timo Bernhard also joined the online race action on Saturday. The two-time world champion of the FIA World Endurance Championship (WEC) and five-time overall winner of the Nürburgring 24-hour race celebrated his esports debut. In his first race, he finished in the midfield on 15th. “Of course I was aware that the level at the top was extremely high. The races were fun and I managed to gain some interesting experiences,” concluded Bernhard. As guest drivers, the two Influencers Mathieu Wacker (“DiePixelHelden”) and David Karapetian (“Dave Gaming”) each finished on tenth. 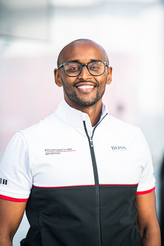 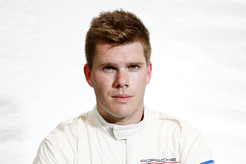 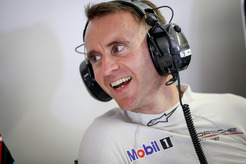 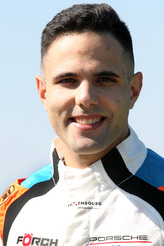 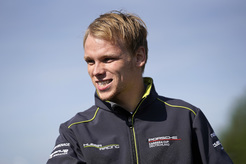