Sim racers tackle the virtual “Green Hell” at round five

Stuttgart. The Porsche TAG Heuer Esports Supercup prepares for the next season highlight this coming Saturday: At the fifth of ten rounds of the global esports championship run on the iRacing simulation platform on 4 July, around 40 drivers will fight for fractions of seconds and championship points on the Nordschleife of the Nürburgring. The almost 25-kilometre combination of the “Green Hell” and the 24-hour variant of the Grand Prix circuit is the longest racetrack on the current calendar of the virtual one-make race series.

At the previous round in Le Mans, British sim racer Kevin Ellis Jr. from the Apex Racing squad was first across the line in the sprint race. The 30-minute main race went to the German Redline driver Maximilian Benecke at the wheel of his digital reproduction of the latest Porsche 911 GT3 Cup. The results, however, do not count towards the championship. The reason: Due to a technical error, the 15-minute sprint race was one lap too long. As a result, some competitors ran out of fuel or had to make a pitstop to refuel. Since the outcome of the sprint race determines the grid line-up for the main race, the simulation platform revoked all results. The prize money, however, will be paid out. A rerun of the Porsche TAG Heuer Esports Supercup Le Mans event will be held on 26 September.

At the Nürburgring, sim racers will contest the sprint race over two laps, followed by the main race over four laps. The event also includes a free practice, a qualifying session and a warm-up. Fans can watch the event live on the Porsche YouTube channel (https://youtu.be/itnr3a5_TJw) und Twitch (www.twitch.tv/porsche). Further information on the Porsche TAG Heuer Esports Supercup can be found on the Porsche Motorsport Hub, Porsche Newsroom and the Twitter account @PorscheRaces. 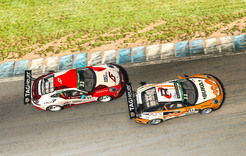 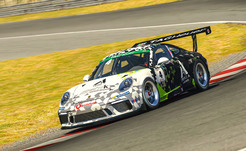 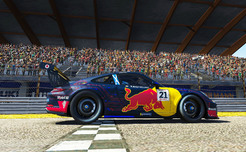