Angelique Kerber to play the US Open

Stuttgart. Angelique Kerber took a long time to make a final decision, but it is now certain the Porsche Brand Ambassador will play the US Open in New York. On Sunday, she will board the plane for the USA and end the coronavirus induced tournament break by competing at the Grand Slam tournament in Flushing Meadow (31 August to 13 September). This was announced by the 2016 US Open winner when talking to the Porsche Newsroom.

“After careful consideration and intensive discussions with my team, I’ve decided to contest the US Open,” she said. “I didn’t take the decision lightly. We after all are still right in the middle of the pandemic.” She assumes the safety of every participant is of paramount importance at the year’s second Grand Slam tournament which for a long time was in doubt: “The organisers have my fullest confidence. I’m sure they are aware of their responsibility and will undertake everything to guarantee the tournament is run in accordance with the strict hygiene regulations.”

For the 32-year old Porsche Team Germany player and three-time Grand Slam winner, the US Open symbolises two of the most important career milestones. In 2011, she made her international breakthrough by reaching the semi-final in New York and then in 2016 her win took her to the top of the world rankings – the first German since Steffi Graf in 1997.

“I associate lots of emotional memories with the US Open. For me after the long break, it’s all the more beautiful to get back to playing tennis here of all places. The anticipation ahead of the restart is uppermost in my mind, even though this year things are sure to be different,” she said when speaking to the Porsche Newsroom. The last few weeks of practising have gone well. She feels fit and well-prepared but also knows that “everything starts from scratch again. I therefore don’t have any big expectations. I’m looking forward instead to the challenge of finally being able to play matches again.”

Angelique Kerber to play the US Open 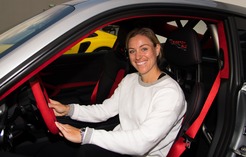 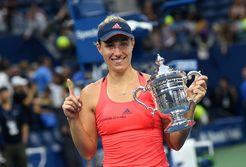 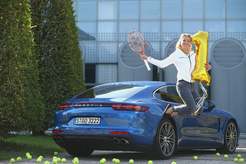 Porsche Brand Ambassador Angelique Kerber. Her 2016 US Open win took her to the top of the world rankings