“We’re thrilled that the season finally starts – at the ultimate highlight in Le Mans of all places. There’s no other venue in the world where so many chapters in motor racing have been written – especially by Porsche. I’m curious to see who comes out on top at the race and will be crowned Le Mans winner in the Carrera Cup,” says Hurui Issak, the Project Manager of the Porsche Carrera Cup Deutschland.

Prior to the race on Saturday, drivers take part in a 60-minute qualifying on Friday and two free practices (45 minutes each). Larry ten Voorde (Netherlands/Nebulus Racing by Huber) can travel to the northwest of France feeling confident. As the newly crowned champion of the Porsche Mobil 1 Supercup, the 23-year-old is one of the Le Mans favourites. His rivals include Dylan Pereira (Luxembourg/Förch Racing), fourth overall in the 2019 German Carrera Cup, as well as the two Porsche Juniors Ayhancan Güven (Turkey/Martinet by Alméras) and Jaxon Evans (New Zealand/BWT Lechner Racing) from the Porsche Carrera Cup France. Max van Splunteren will also contest the Le Mans race: The Dutchman won the rookie category of the Porsche Mobil 1 Supercup and, as a prize, will drive the official VIP car of the international one-make cup.

The one-make cup offers an Experience Day to young drivers who are eager to progress up the career ladder in the Porsche Carrera Cup Deutschland. At the final round in Oschersleben (6 to 8 November), interested drivers get an in-depth look behind the scenes and the chance to drive a Porsche 911 GT3 Cup on Monday after the race weekend.

The Porsche Carrera Cup Deutschland again enjoys an extensive media package. All races are broadcast in full length on Sport1. Moreover, the channel n-tv reports in its magazine “PS – Porsche Carrera Cup”. The broadcasts are aired each Saturday (from 11.30 am) and Sunday (from 7.30 pm) after the race weekends. Fans can watch all races live online via the Facebook account @CarreraCupDeutschland, the official YouTube channel of the one-make cup and on the Porsche Motorsport Hub. 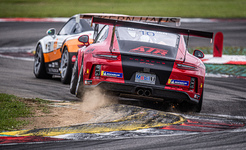 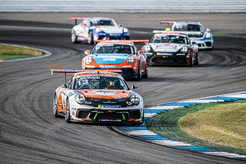