“I left my heart on the court”

Stuttgart. It was the comeback of the year. After a difficult start to the season with many setbacks, Angelique Kerber was back at her best in Wimbledon, even if her dream of a second triumph at the world’s most important tournament did not come true. In Thursday’s semi-final on the Church Road in London SW19, the Porsche Brand Ambassador eventually succumbed to Ashleigh Barty 6-3, 7-6 (3). The Australian is the current world No. 1 and the winner of the 2021 Porsche Tennis Grand Prix.

“This tournament is unique. I’m eternally grateful that I once again had the chance to play in the semi-final,” said Angelique Kerber after the high-class match on the All England Lawn Tennis and Croquet Club’s Centre Court. She believed she had a chance to win and fought for every point right up until the very end. “I left my heart on the court. It’s a pity my journey has come to an end.”

Despite the defeat, the 2018 Wimbledon champion has nothing to be ashamed of. Even though she failed to convert a few chances in the intensive match full of enthralling rallies, especially in the second set when she played her best tennis to build up a 5-2 lead. Ashleigh Barty was however the expected strong opponent and matched the German in both her fighting spirit and the standard of her tennis. It is not for nothing that the Australian, the winner of the French Open, the Porsche Race to Shenzhen and the prestigious WTA Finals in 2019, has been the world No. 1 for the past 77 weeks. After the match she praised Angelique Kerber’s performance in the highest tones: “Right from the first rally, Angie brought out the best in me. I had to play my best tennis to beat her.”

The season’s highlight
For Angelique Kerber, Wimbledon was the highlight of a season that had begun with setbacks and disappointments. After a very good preparation, she had to go into a strict two-week quarantine before the Australian Open in Melbourne and promptly lost her opening match at the year’s first grand slam tournament. Things did not go much better at the French Open in Paris. After the bumpy start, she pinned all her hopes on the grass court swing – and was not disappointed. At the Bad Homburg Open, one of the new WTA tournaments in Germany that are supported by Porsche, she won her first WTA title since her Wimbledon triumph. “I never doubted that I couldn’t come back,” she said. “The win gave me my old confidence back and I travelled to Wimbledon in the knowledge that I can win matches again.”

Angelique Kerber was given a warm welcome by the crowds on the Church Road. She was cheered on for 199 minutes in her epic second round win against Sara Sorribes Tormo, and was given a standing ovation when leaving the court on Thursday. The spectators’ affection will help her get over the defeat as will the fact that she will return to the world’s Top 20 after her impressive performance in Wimbledon.

The Wimbledon semi-finals included three Porsche Tennis Grand Prix winners –Angelique Kerber (2015, 2016), Karolina Pliskova (2018) and Ashleigh Barty (2021) – and they were joined by Aryna Sabalenka, the 2021 runner-up. For Markus Günthardt, the Tournament Director of the world class Stuttgart event, it is an indication of the quality of the tennis at the tournament in the Porsche Arena. A keen observer of the events in Wimbledon, he was deeply impressed by Angelique Kerber’s performance. “She played a fantastic tournament and proved just what an athlete is capable of if they continue to work hard after setbacks and believe in themselves.”

He is now looking forward to Saturday’s final with the Stuttgart winners Ashleigh Barty and Karolina Pliskova. Coming from Switzerland, he is bound to neutrality and does not want to name a winner, saying diplomatically, “Anybody getting to the Wimbledon finals, can also win it.”


Porsche in tennis
Porsche has been sponsoring the Porsche Tennis Grand Prix ever since 1978 and has also been the organiser since 2002. The tournament in Stuttgart’s Porsche Arena was voted by the players as their favourite event in its category once again in 2019. Within the scope of its global partnership with the Women’s Tennis Association (WTA), Porsche is also the title partner of the “Porsche Race to Shenzhen”, the official qualifying ranking for the Shiseido WTA Finals. The Stuttgart-based sports car manufacturer is also the exclusive automotive partner of the WTA, the eason-ending WTA Finals, and this year of the WTA tournaments in Lyon, St. Petersburg, Berlin and Bad Homburg. As a premium partner of the “Deutsche Tennis Bund” (DTB – German Tennis Association), the company supports Porsche Team Germany in the Billie Jean King Cup (formerly the Fed Cup) and fosters up-and-coming players in the Porsche Talent Team and the Porsche Junior Team. Angelique Kerber, Julia Görges and Maria Sharapova give Porsche a face in tennis as Brand Ambassadors.

Angelique Kerber enjoys a great comeback in Wimbledon despite her semi-final defeat: "I left my heart on the court" 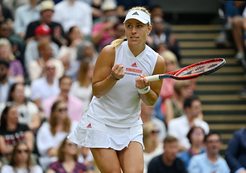 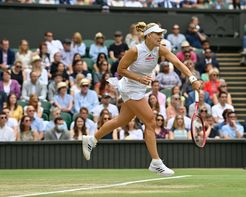 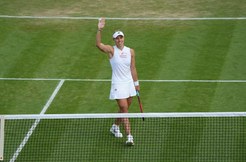 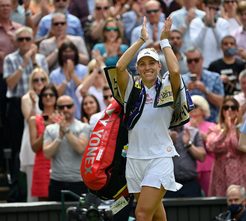