Stuttgart. The TAG Heuer Porsche Formula E Team has crowned its New York City debut with its best team result to date: At race 11 of the ABB FIA Formula E World Championship through the streets of Brooklyn, the Porsche 99X Electric von Pascal Wehrlein (GER/No. 99) and André Lotterer (GER/No. 36) remained within striking distance of the top most of the time. At the flag, they narrowly missed out on claiming the third podium result of the season after Rome and Valencia: On the street circuit with Manhattan and the Statue of Liberty as a backdrop, they crossed the finish line in positions four and five, thus earning critical championship points as they head to the final events of the season in London (24/25 July) and Berlin (14/15 August).

Race 11
Both Porsche 99X Electric made it into the Super Pole for the first time. Pascal Wehrlein took up the race on the Red Hook Circuit from the fourth grid spot, with his teammate André Lotterer on sixth. The pair made it through the hectic start with a safety car phase in the very first lap unscathed and settled in behind the leading group. In the final laps, they made up positions and joined the pack fighting for podium spots behind the leader: At the flag, less than three seconds separated them from claiming a podium step.

Amiel Lindesay, Head of Operations Formula E: “It was a good day for Porsche. For the first time, we had two cars in the Super Pole, that was a strong team effort. The race wasn’t easy for the team because both cars were up at the front, but we’ve shown that we can handle it. Pascal’s first attack mode perhaps didn’t come at the best time, but in the end, it’s the team performance and the points that count. We’re on our way up the championship rankings. Pascal is on ninth, just 21 points behind the leader. Everything is still open.”

André Lotterer, Porsche works driver (#36): “We can be very satisfied with this team effort. But there’s still a bitter feeling that we had the potential to finish on the podium today. Our cars were set up well and very fast, but we had to allow an opponent to pass in attack mode and we weren’t able to counterattack. It’s a shame because a podium would obviously have been nicer. Now we have to try to do even better in London.”

Pascal Wehrlein, Porsche works driver (#99): “We earned important points for the team. Still, we always want the maximum and more would definitely have been possible today. We had the potential for this. But right now we’re pleased with the strong team result. We’ll analyse where we can make improvements and come back even stronger in London. We’re definitely heading in the right direction.”

Next up
The next event for the TAG Heuer Porsche Formula E Team is the London E-Prix on 24/25 July with races 12 and 13 of the ABB FIA Formula E World Championship. 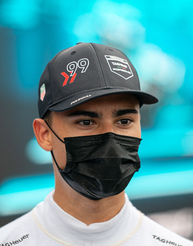 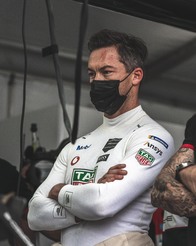