Stuttgart. Formula E visits the world’s great metropolitan cities: After the skyscrapers of New York City, the historic docklands of East London now form the fascinating backdrop for races 12 and 13 of the ABB FIA Formula E World Championship on 24/25 July. The course layout on the Thames is spectacular – for the first time in the history of top-league motorsport, the doubleheader event will be held indoors and outdoors. The twelve teams and 24 drivers contesting the world’s first electric series face completely new and interesting challenges. Formula E returns to London for the first time since 2016.

The TAG Heuer Porsche Formula E Team, which recently crowned its debut race in New York City with its best team result to date, will line up on the grid for the premiere on the ExCeL Track with two Porsche 99X Electric. For the first time, both Pascal Wehrlein (GER/#99) and André Lotterer (GER/#36) qualified for Super Pole in the Big Apple. For Amiel Lindesay, Head of Operations Formula E, this gives the team an extra boost of motivation: “We’ll continue to put pressure on the frontrunners. After the improvement in our race performance recently, we’re now eager for our first win.”

Q&A on the London E-Prix

Amiel Lindesay, Head of Operations Formula E
There are still four races to go this season. What chances do you think Pascal and André have in the world championship?
“The fight for the world championship title is still wide open. Pascal still has every chance to have a say in the decision, especially given our strong form at the recent rounds in Puebla and New York City. It’ll be a little more difficult for André, but he could also make a big leap up the rankings. Our very clear goal is to finish in the top three.”

At the second race in New York City, Pascal and André drove wheel to wheel over long stretches. How does this affect your race strategy in the future?
“In such cases, Porsche gives its drivers free rein, they’re just not allowed to make contact with each other. That was the first time this season that the two were so far up the field and both battling for a podium spot. Our strategy worked and we earned decent points for the team. We’ll continue to try and put our cars in the best possible position in the race so that they can bring home as many points as possible.”

After your strong performances in Mexico and the USA, are you looking forward to returning to European soil?
“The whole team is excited about the last races of the season in Europe, especially our home race in Berlin, of course. We’re feeling very confident. With our drivers, we’ll try to find those fractions of seconds in London that make all the difference in this top-class world championship.”

Particularly on an extraordinary track that is contested indoors and outdoors for the first time. What adjustments will drivers and teams need to make?
“The circuit is very special indeed. It features a lot of slow corners, some of them really tight. This means that drivers don’t have to pay as much attention to energy consumption compared to other racetracks, which in turn makes overtaking more difficult. Therefore, the key to success is a fast qualifying lap so that you can start from the front of the grid. If you don’t manage this, you’ll struggle in the race. As for the different grip levels between the inside and outside: with the help of simulations, we’ve prepared our systems and processes to ensure an even better response than in other races.”

Pascal Wehrlein, Porsche works driver (#99)
Despite consistently strong performances, you’re still waiting for the first victory. Do you think it’ll happen this season?
“We’ve already won a race, at least on the track. In Puebla, I was the first over the line and that’s what matters to me. The fact that we lost this win doesn’t change our excellent performance or the fact that we were the fastest on the day. Sure, the first official victory is still missing, but we’re always among the leading pack. We were really strong at the last races and made it to Super Pole four times. There are a lot of positives that we’re taking with us to London. The car is fast and I feel great. If we experience a day where everything comes together in London, we’ll win.”

The London circuit is new to all teams. Do you regard this as an advantage for Porsche?
“First and foremost, I look forward to every new course. You’ve got to familiarise yourself with it, then finetune your line and I really relish such challenges. I do think it’s an advantage for us to drive on racetracks where the other teams don’t have the upper hand when it comes to previous experience. In any case, I’m very excited about London. The city circuits in Formula E with little grip and a lot of dirt are always a challenge – especially the streets of London.”

André Lotterer, Porsche works driver (#36)
In New York City you have achieved your best team result so far. Does that give you extra motivation as you head to London?
“The trip to New York City was a great experience. To fight for the podium in race 11 with both cars gives us a really good feeling about the rest of this season’s races. We again underlined what we’ve known for a long time, namely that we have everything it takes to be at the front. We’re a relatively new team in this highly competitive world championship but we can still keep up with the best. I’m sure we’ll be able to reinforce our aspiration in London with another strong performance.”

After scoring points in New York for the first time since Valencia, what are your personal expectations for London?
“I’m looking forward to London. This is a premiere for me in such an exciting location and on an extraordinary circuit. In New York City, I was very happy with my car. I have to improve my qualifying performance so that I can start from the front of the grid. That would make my life much easier. I’m working on that with the team and we’ve made good progress. The basis is there to achieve top results.”

The racetrack
It hardly gets more spectacular than this: The 2.25-kilometre circuit with its 22 turns weaves its way both inside and outside East London’s ExCeL exhibition centre on the Thames. The concrete floor of the hall was treated with a special substance to improve grip and protect the ground. The height difference between the indoor and outdoor areas was solved with ramps. “Everything we’ve heard about the course makes us very curious,” says André Lotterer. “I’m still wondering whether the air conditioning in the hall will be on if it’s hot outside. And what happens if it rains? Formula E is always good for surprises. But whatever comes, as always, we’re well prepared.”

Live TV and Internet coverage
The worldwide broadcasting schedule of the Formula E event in London is available on: https://www.fiaformulae.com/watch/ways-to-watch.

The media service
The first photos from London are available on the Porsche Press Database on 23 July. Comments from the Head of Operations Formula E and drivers will be included in the race reports on 24 July (race 12) and 25 July (race 13). All times CEST. Further information about the TAG Heuer Porsche Formula E Team will be posted live on the Twitter channel @PorscheFormulaE. All relevant information about the team, the drivers and the racing series can be found in the Porsche Formula E Media Guide https://media.porsche.com/formula-e. The content will be regularly updated over the course of the season and expanded with additional interactive material. 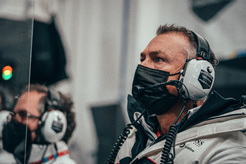 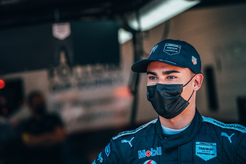 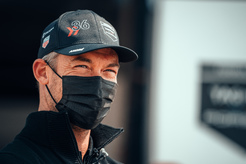