Stuttgart. It was an exciting week for Emma Raducanu in Stuttgart. The 19-year-old Briton has been the new shooting star in women’s tennis ever since her win at the 2021 US Open and was also at the centre of interest at her first Porsche Tennis Grand Prix. Not only did the Porsche Brand Ambassador play an impressive tournament she also had a lot of off-court fun. She absolved photo and interview sessions with the aplomb of an old hand. It was the same for the Porsche Driving Challenge, a very popular competition organised for the players during the world-class tournament. Particularly enjoyable for the Porsche motorsports fan was a visit to the Porsche Museum.

Emma Raducanu began to feel at home in Stuttgart right away when practicing for the first time on Centre Court in the Porsche Arena. “I love being here. It’s amazing being surrounded by all the Porsches,” she said when looking at the Taycan models on show behind the base line. The Tottenham Hotspur jersey she wore with the No. 10 of her favourite player Harry Kane caused quite a stir. “I don’t necessarily follow football so much,” she said, “My whole team are basically big Spurs fans, and they are desperately trying to get me behind them. Through them, I’m slowly becoming a real fan.”

She had a liking for Porsche right as a child. One of her first coaches drove a 911 and every time she arrived for practice in the morning, she marvelled at the car and dreamt of driving one herself. It was something she had ample time for during the Porsche Tennis Grand Prix and could have even taken a Porsche back home with her as a fully electric Taycan GTS Sport Turismo was the winner’s prize this year. The big interest in her had increased significantly since her US Open win she said, but she is slowly getting used to it: “The more experience I gain, the better I get at managing it all. If I play tournaments week in, week out and deal with all the media requests, then everything will become normal for me at some stage.”

In her first WTA tournament on clay, she started with a comfortable 6-1, 6-2 win against the Australian Storm Sanders. In the second round, she defeated the German Tamara Korpatsch 6-0, 2-6, 6-1 to reach the quarterfinals along with five of the world’s Top 10. Her next opponent however was the world No. 1 and eventual tournament winner Iga Swiatek. A hard-fought match ensued which was won by the Pole in two straight sets, 6-4, 6-4.

Despite her defeat against the No. 1, Emma Raducanu was satisfied with her clay court debut. “As young player, I’ve got a lot to learn on clay and am looking forward to spending more time on the surface,” she said. The Briton enjoyed the tournament with fantastic atmosphere in the Porsche Arena to the full and is convinced: “The Porsche Tennis Grand Prix is really one of the best tournaments on the calendar. The Centre Court in the Porsche Arena is amazing.”

There was one thing that Emma Raducanu looked forward to in Stuttgart just as much as her matches in the Porsche Arena – the visit to the Porsche Museum. On the day after being knocked out, she made the journey to Zuffenhausen in a Porsche Targa 4S and then immersed herself in the enthralling history of the sports car manufacturer. “It’s fascinating looking around here and seeing all the cars from close up,” she said. “The development from the first to the latest models is an incredible history and makes the brand so special.” The tour lasted longer than planned as, totally thrilled, she sat herself in almost all the models on display. She was particularly taken by the Porsche 356 and the 911 Turbo S Exclusive Series Cabriolet as well as the old and new race cars. After things did not quite work out with the Porsche Tennis Grand Prix’s winner’s car, she took a vintage Le Mans 1982 jacket from the museum shop as a souvenir for back home.

In view of so many memorable impressions and the promising start to the clay court season, leaving Stuttgart was not so easy for Emma Raducanu. “I’ve really enjoyed my time here. The hospitality and everything were great,” she said. “I can‘t wait to be back.”

Emma Raducanu enjoyed an exciting week at the Porsche Tennis Grand Prix: "I can’t wait to be back" 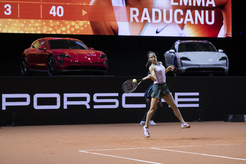 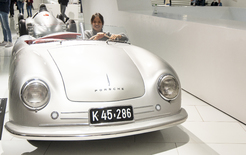 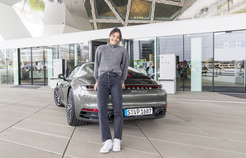 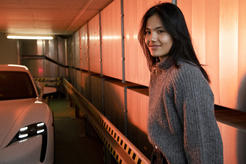 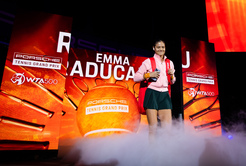 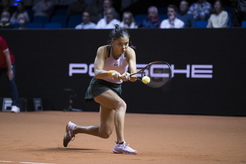 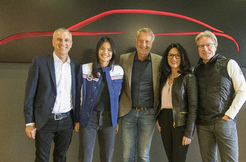 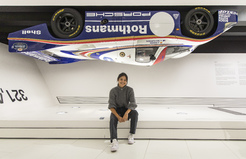 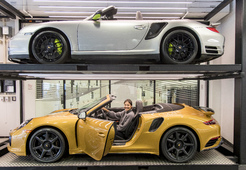 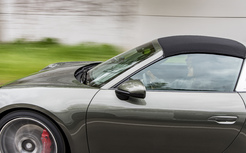 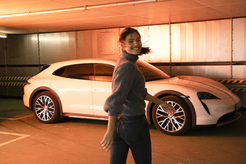 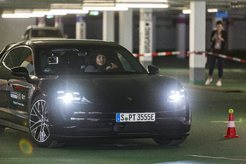 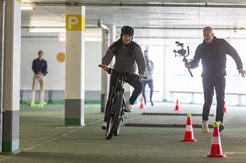 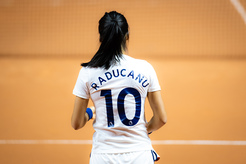 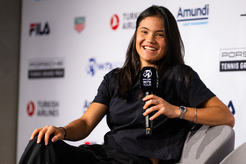