Emma Raducanu a guest at the Porsche Carrera Cup

Stuttgart/Brands Hatch. One week before the start of the French Open in Paris, the tennis star and motorsport fan Emma Raducanu visited Brands Hatch for a Porsche Carrera Cup Great Britain race. The rainy day the Porsche Brand Ambassador spent at the famed race circuit awakened memories of her childhood. “It's raining today but I like that,” she said. “I remember visiting when I was six, seven or eight-years-old. It was never a nice day so the real memories I have of it are rainy mornings and early drives – it's part of the nostalgia for me.”

The 2021 US Open champion, who also competed this year at the Porsche Tennis Grand Prix in Stuttgart for the first time, enjoyed an eventful race day with many interesting impressions. “I live locally and so I have been to Brands Hatch before,” she said. “But I sat in the stands. To be able to visit today and see behind the scenes, to see how the teams work, everything that is behind the championship – the engineers – it's a really cool experience. There are so many intricacies and technicalities with the car in racing – it is all very complex, so it's been interesting to see.”

The 19-year-old Briton met Adam Smalley in the pits. The Porsche Carrera Cup GB 2022/2023 Junior gave her an insight into his Porsche 911 GT3 Cup in which he won the first race of the season in Donington. She even got to sit behind the steering wheel herself, but when she did actually venture out onto the circuit, it was only as a passenger. Harry King, the 2020 British Carrera Cup champion, took her out for a hot lap of the challenging circuit in a Porsche 911 Carrera GTS. “I definitely enjoyed my lap,” she said. “It was way too short – but it was so much fun. It’s made me hungry to get in the car and try it out myself.”

However, the thing that impressed Emma Raducanu most of all when visiting Brands Hatch was the versatility of the Porsche 911 – luxuriously equipped for the road and completely stripped back for the racetrack. “Porsche is a great brand to be associated with and experiences like this are amazing as I can learn so much,” she said after being on the podium for the winners’ ceremony.

Emma Raducanu a guest at the Porsche Carrera Cup 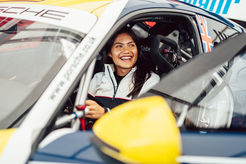 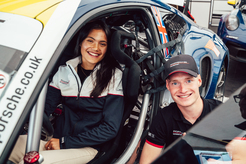 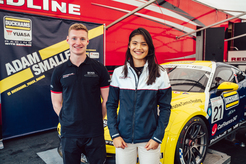 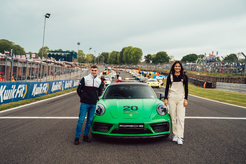 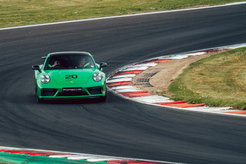 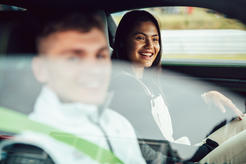 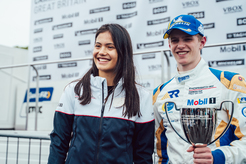