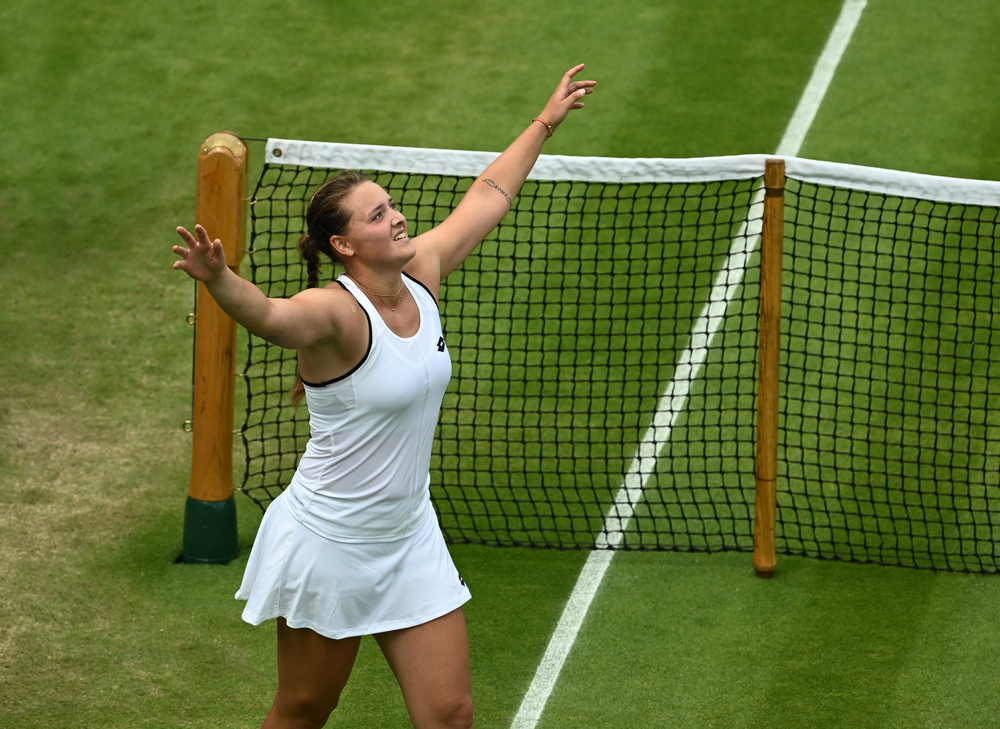 Stuttgart/Wimbledon. Jule Niemeier’s Wimbledon dream is continuing. The Porsche Talent Team player also won her third-round match on Friday 6-4, 3-6, 6-3 against the Ukrainian Lesja Tsurenko to progress to the last 16 at the world’s most famous tennis tournament. She is now set to face the local hero Heather Watson on Sunday. Also in the last 16 is Tatjana Maria, a Porsche Team Germany member.

Germany’s Jule Niemeier today continued her winning streak on Court No. 18, one of the All England Lawn Tennis and Croquet Club’s outside courts and one that has gained a degree of notoriety over the years. After her sensational straight sets victory against the world ranked No. 3 and Wimbledon No. 2 seed Anett Kontaveit from Estonia, the 2019 Porsche Tennis Grand Prix runner-up, the youngster faced stiffer opposition in her match against Lesja Tsurenko. After quickly going 3-0 behind, she eventually took the first set 6-4. The German once again trailed 3-0 in the second and once again levelled the score at 3-all, but this time to no avail. Hugely tenacious and with nerves of steel, she proved to be the better player in the decisive set. After battling hard for 2 hours 4 minutes, Jule Niemeier converted her first match point to celebrate the biggest win of her career to date.

“Last 16 at Wimbledon – everything is so surreal. I haven’t had the time to let it all sink in and fully realise just what has happened,” said Jule Niemeier in the Sky interview about two hours after her victory. “Reaching the next round really is a great feeling and I hope I can play Heather on one of the main courts again. The chances look pretty good. I’m so looking forward to the match.”

2022 could well turn out to be Jule Niemeier’s big tennis year. Four weeks ago, she claimed her first career WTA title in Makarska, Croatia – and now on her first appearance in the Wimbledon main draw, she has advanced to become the tournament’s surprise package. She is the first player supported by the Porsche Talent Team to reach the fourth round at a Grand Slam tournament and has even beaten a Top 10 player on the way.

On Sunday, the first time there will be scheduled matches on the so-called “Middle Sunday” in the history of Wimbledon, Jule Niemeier will take on the unseeded local hero Heather Watson for a berth in the quarterfinals. The encounter also promises to be a tight affair as only a few places separate the players in the world rankings. The German is currently No. 97, and the Briton is ranked 109.

“I’ve already played her this year and lost 7-6 in the third,” said Jule Niemeier when looking ahead to the next port of call on her Wimbledon journey. “It’d be nice if things were the other way round this time.”

Tatjana Maria also sensationally into the fourth round
After Jule Niemeier’s surprise performance, Tatjana Maria also caused a major upset. The Porsche Team Germany player has also advanced to the fourth round on the back of a sensational 6-3, 7-5 success against the No. 5 seeded Greek Maria Sakkari. The 34-year-old mother of two, currently world ranked No. 103, trailed 4-1 and 5-2 in the second set but fought her way back to eventually clinch victory against one of the big favourites for the win at the All-England Lawn Tennis and Croquet Club with her second match point. Tatjana Maria, who won the WTA tournament in Bogota in April, has thus progressed to the last 16 of a Grand Slam for the very first time. She will now meet the Latvian Jelena Ostapenko, the 2017 French Open winner, on Sunday.

The Porsche Brand Ambassador Angelique Kerber has however exited the tournament. The 2018 Wimbledon champion was defeated 6-4, 7-5 by the No. 24 seeded Belgian Elise Mertens. 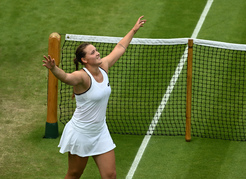 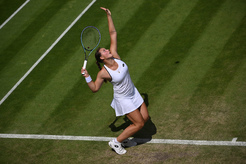 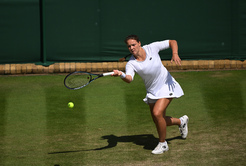 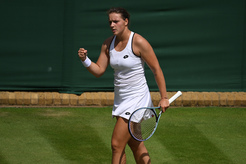 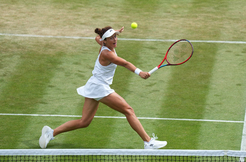 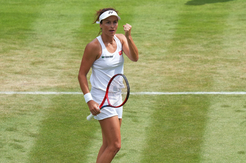 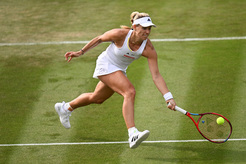