Two members of Porsche teams in all-German quarterfinal at Wimbledon 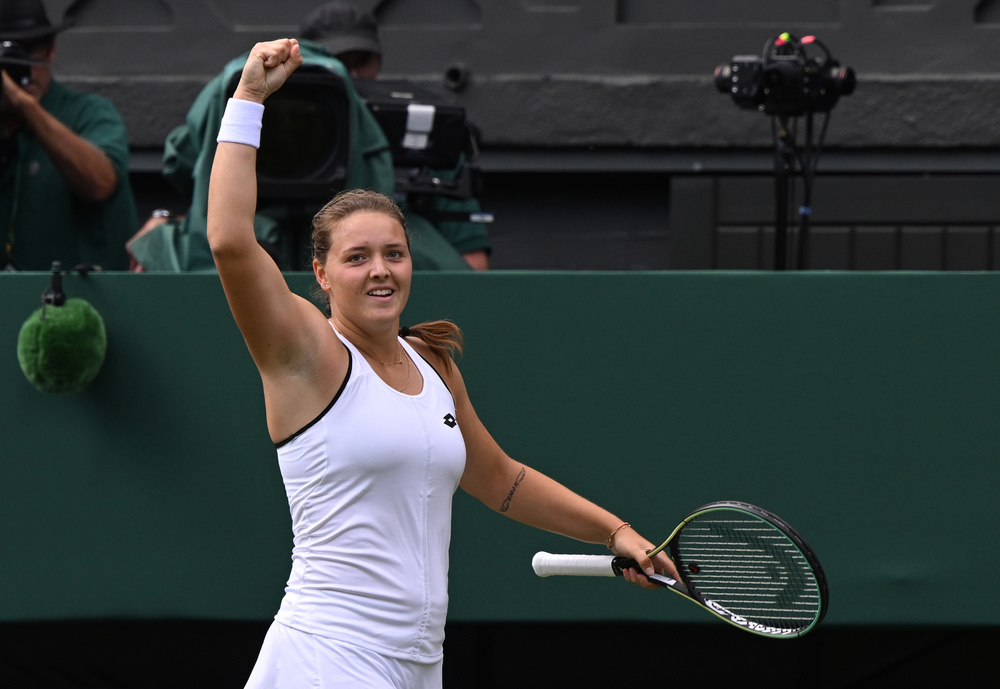 Stuttgart/Wimbledon. Two members of Porsche teams are continuing to cause surprises in Wimbledon. Porsche Team Germany’s Tatjana Maria and Jule Niemeier from the Porsche Talent Team progressed on Sunday to the quarterfinals of the world’s most famous tournament where they will face each other for a place in the penultimate round on Tuesday.
Traditionally, the Middle Sunday was a day off. No longer, as the rule was broken for the first time at the 135th Championships, and the last German players in the tournament took full advantage of the situation. Firstly, Tatjana Maria managed to defeat the No. 12 seeded Latvian Jelena Ostapenko 5-7, 7-5, 7-5 after staving off two match points in a sensational match on No. 1 Court. Then on Centre Court, Jule Niemeier beat host country’s Heather Watson 6-2, 6-4 in front of a 15,000 crowd.

Tatjana Maria secured herself a place in the quarterfinals with a remarkable never-say-die performance. In the first set, she was 3-1 down, in the second 4-1 and then 2-0 behind in the third. However, the world No. 103 remained positive and never gave up. She retrieved seemingly unreachable balls and forced the 2017 French Open champion to the verge of despair. In the final statistics, the Latvian had made 57 unforced errors and the German only 15. She nevertheless had to face two match points when trailing 5-4 in the second set – and she staved them both off on this memorable day on the Church Road in south-west London.

“When I lost my serve at the start of the third set, you were there for me. I thought, okay they believe in me, so I’ll believe in myself too” – the words with which a visibly overcome Tatjana Maria thanked the thrilled crowd. The 34-year-old from south Germany gave birth to her second child last summer and, after a spot of maternity leave, she returned to the Tour in autumn. Asked about it by the on-court interviewer, she said: “I’m so proud to be a mum. It’s the most beautiful feeling in the world. Being able to enjoy this tournament with my family makes it all the more special.” After her second WTA title in Bogota in April, she appears to be in the form of her life.

In front of a sell-out 15,000 crowd on Centre Court, Jule Niemeier had less trouble in keeping her Wimbledon dream alive. The 22-year-old German, who is supported in the Porsche Talent Team, was a comfortable straight sets winner against the experienced Briton Heather Watson. She only required 77 minutes to advance to the quarterfinals. No other Porsche Talent Team player has ever gone so far at a Grand Slam tournament, and she did it in front of several former Wimbledon champions who had assembled on Centre Court today to celebrate the 100th anniversary of the tournament on the Church Road.

“I can’t really believe what I’m experiencing here. This tournament is so very special. Thanks very much for the fantastic atmosphere,” said Niemeier, the world No. 97, after her biggest career achievement to date. “I was incredibly nervous before the match. But when I got out on court, I was totally focussed on my game, played point for point and didn’t make many mistakes. I’m really proud of myself.”

This now means that two players from Porsche teams will face each other in the quarterfinals of the world’s biggest tennis tournament. It also means that one of them will reach the round of the last four. The German tennis fairy tale has not yet come to an end.

Two members of Porsche teams in all-German quarterfinal at Wimbledon 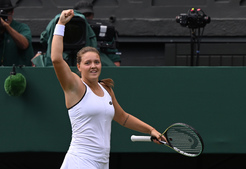 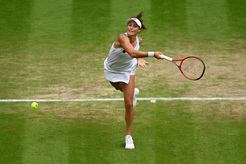 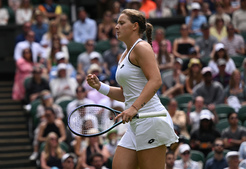 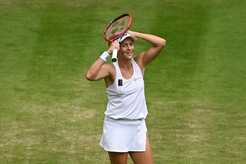