Sensationally into the semis: Tatjana Maria reaching for the stars in Wimbledon 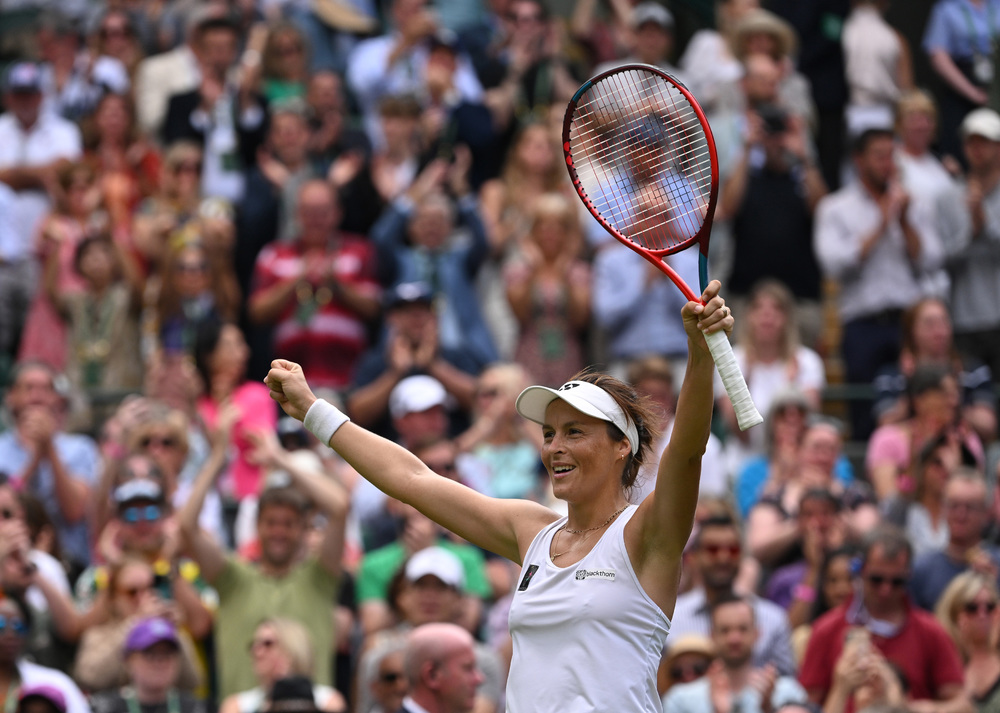 Stuttgart/Wimbledon. Tatjana Maria is living her tennis dream in Wimbledon. In Tuesday’s sensational quarterfinal, the first involving two German players since 2012, she beat Jule Niemeier from the Porsche Talent Team 4-6, 6-2, 7-5 in a thriller lasting two hours 18 minutes. It means she has advanced to a career first Grand Slam semifinals at her 35th major.


When Jule Niemeier’s last shot landed in the net, Tatjana Maria just could not believe her luck. She let her racket drop, put her hands to her face and cried tears of joy. It was the moment that Wimbledon was a sensation richer, and the enthralled spectators were cheering the Porsche Team Germany player as if she had won the world’s most prestigious tournament.

“I had goose bumps all over. It was such a tough match. But I think Jule and I have done tennis Germany proud,” said the world No. 103 after the biggest success of her career. “I just tried to have fun and play point for point. It’s a dream being able to experience it all with all my family. One year ago, I gave birth to my second daughter and now I’m standing in the Wimbledon semifinals. Words just can’t describe it.”

Last year, Angelique Kerber reached the semifinals on the Church Road in south-west London. The Porsche Brand Ambassador was also a part of the last all-German quarterfinal back in 2012 when she won against Sabine Lisicki.

The match was in no way so spectacular as the one between Tatjana Maria and Jule Niemeier. It had the crowd on its feet cheering the two players on. The 22-year-old Porsche Talent Team player got off to the better start when breaking the serve of her experienced opponent. However, Tatjana Maria showed no signs of being overawed. Like in her victories against the seeded Sorana Cirstea (No. 26), Maria Sakkari (No. 5) and Jelena Ostapenko (No. 12), the 2017 French Open champion, in the last 16, she quickly battled her way back into the match after some initial nervousness. After losing the first set and going a break down in the second, she then pulled out all the stops.

The two Germans played above themselves in the third set and the match turned into a real thriller. Once again Tatjana Maria lost her serve to first trail 3-2 and then 4-2. However, the words “give up” are obviously not in her vocabulary. The comeback queen, who now lives with her family close to the Williams sisters in Florida, broke back and levelled the score at 4-4. Her third game in a succession put her 5-4 up. In reaching the Wimbledon quarterfinals, Jule Niemeier had achieved more than any other Porsche Talent Team player. The youngster continued to battle for every ball and got back to 5-all. But Tatjana Maria was not going to let the biggest triumph in her incredible career slip through her fingers and clinched victory two games later. The two-time winner on the WTA Tour – Mallorca in 2018 and Bogota this year in April – had previously also defeated both Sorana Cirstea and Jelena Ostapenko 7-5 in the deciding set.

It now means she is the sixth German player to reach the Wimbledon semifinals in the open era – after Steffi Graf, Bettina Bunge, Angelique Kerber, Sabine Lisicki and Julia Görges.

Sensationally into the semis: Tatjana Maria reaching for the stars in Wimbledon 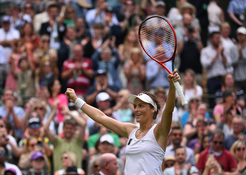 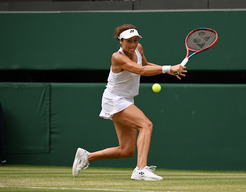 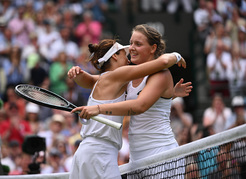 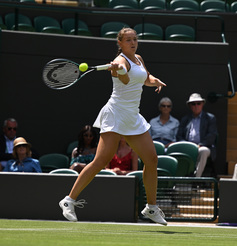 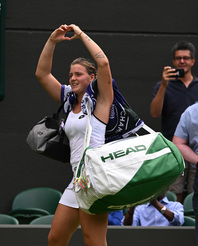