Third win in a row: Dylan Pereira dominates at the Lausitzring

Stuttgart. The performance curve of Dylan Pereira (IronForce Racing by Phoenix) continues on an upward trajectory in the Porsche Carrera Cup Deutschland. The Luxembourger won race twelve on Sunday ahead of Larry ten Voorde (Netherlands/Team GP Elite) and Porsche Junior Laurin Heinrich (Germany/SSR Huber Racing). “I managed to pull away from the pack in the beginning but then Larry ten Voorde gradually drew closer. It was a close duel but we’ve known each other for years and I knew that he always plays fair, even in the fight for the lead. The bid for the title is still wide open,” says Pereira. On Saturday, Pereira also climbed to the top step of the podium and has now notched up three wins in a row. A total of 21,500 visitors watched the race live at the track – a new record for an ADAC GT Masters event at the Lausitzring.

Pereira drove his 375 kW (510 PS) Porsche 911 GT3 Cup to a lights-to-flag victory. After the 25-year-old managed to pull clear of the 30-strong pack at the start, in the final laps Pereira and ten Voorde treated spectators to a gripping duel. The two-time Carrera Cup champion increased the pressure on the leader but ultimately had to settle for second place after 22 laps. “I made up one position. Perhaps I could’ve risked a little more in the end but second place is a good result,” admits ten Voorde.

Series leader Heinrich worked his way up the order from seventh on the grid to third place. “For me, it was about making up as many positions as possible. It’s fantastic that we ended up on the podium. All in all, it was a successful weekend because I managed to extend my championship lead,” says Heinrich. Fourth place went to his teammate Morris Schuring (Netherlands). Behind the 17-year-old, six drivers battled for fifth place. Spectators in the grandstands witnessed many slipstream duels and swapping of positions. Ultimately, Loek Hartog (Netherlands/Black Falcon) claimed fifth place and was followed over the line by Rudy van Buren (Netherlands/Huber Racing), Jukka Honkavuori (Finland/ID Racing), Jesse van Kuijk (Netherlands/Team GP Elite) and Bastian Buus (Denmark/Allied-Racing). The Dutchman Huub van Eijndhoven (GP Elite) rounded off the top ten as the best rookie.

In the ProAm class, Georgi Donchev (Huber Racing) celebrated first place. This was the maiden victory of the season for the Bulgarian and the second class win ever in the Porsche Carrera Cup Deutschland. The two Germans Kim Hauschild (HRT Performance) and Jan-Erik Slooten (IronForce Racing by Phoenix) also made it onto the podium at the race on the 3.478-kilometre circuit.

“The two races on the Lausitzring were typical for the Porsche Carrera Cup Deutschland. We saw a lot of duels, not only among the frontrunners but across the entire field. I’m delighted that we were able to play our part in the successful ‘Family and Friends Festival’ with the races and activities in the paddock,” says Hurui Issak, the Porsche Carrera Cup Deutschland Project Manager.

Over and above the racing, fans at the Lausitzring also got their money’s worth with other activities. The “Family and Friends Festival” was an exciting event for the whole family. In the paddock of the Porsche Carrera Cup Deutschland, visitors could enjoy a waffle while admiring historic models of the Porsche 911 GT3 Cup and a “Walk of Champions” with large stickers of the 32 Carrera Cup champions. In addition, the eight Talent Pool drivers of the one-make cup demonstrated their skill in a challenge with joystick-controlled electric karts.

Next up on the Porsche Carrera Cup Deutschland calendar is the Sachsenring doubleheader event in five weeks. Races 13 and 14 will be contested in the German town of Hohenstein-Ernstthal from 23-25 September as support to the ADAC GT Masters event. Heinrich travels to southwest Saxony as the championship leader with 218 points. Ten Voorde ranks second with 192 points followed by Pereira (190). 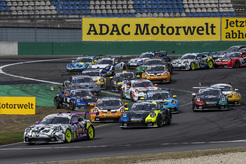 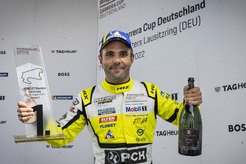 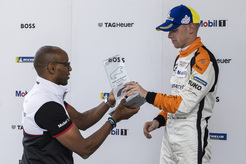 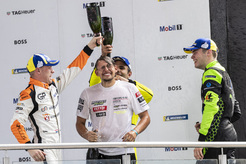 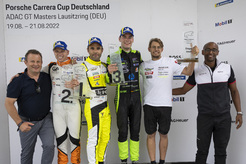 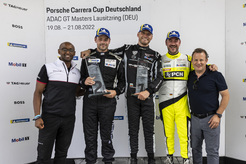 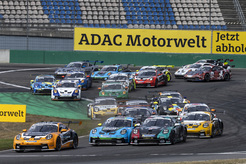 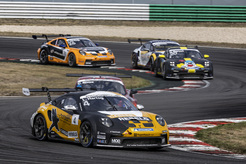 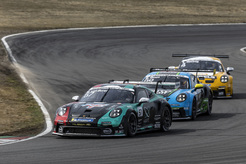 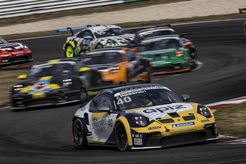 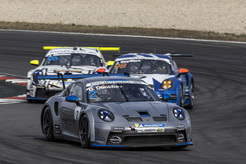 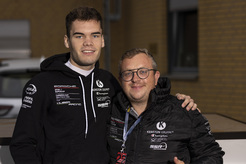 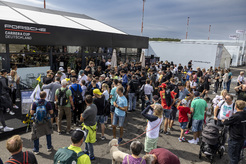 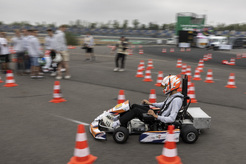