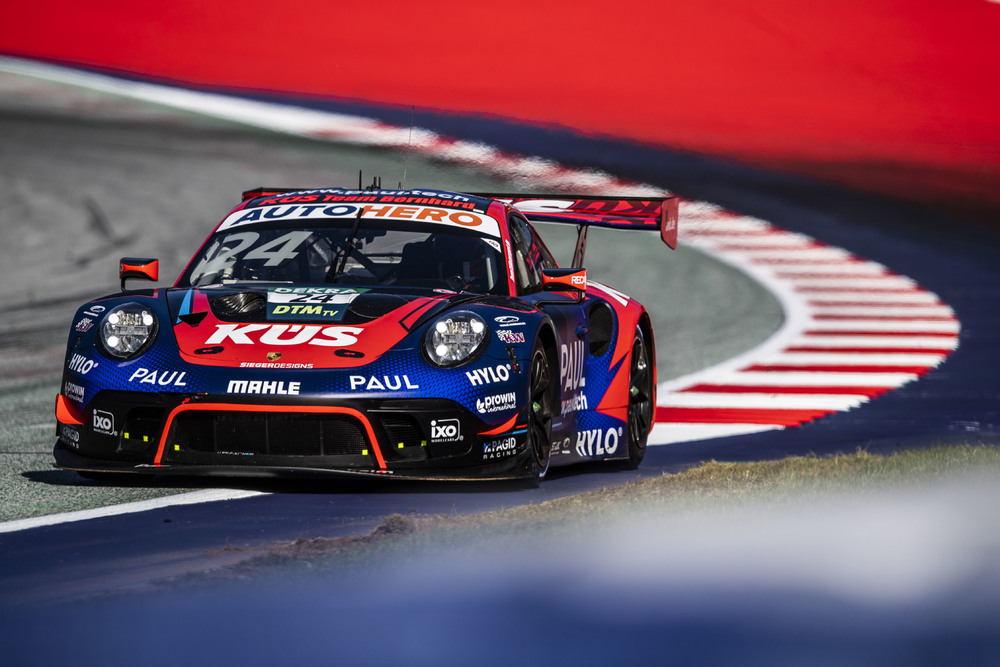 Porsche 911 GT3 R, Team 75 Bernhard (#24), Thomas Preining (A)
Works driver Thomas Preining celebrated his second DTM win at Austria’s Red Bull Ring last weekend. The local hero gave an inspired performance in Sunday’s race at the wheel of the Porsche 911 GT3 R fielded by Team 75 Bernhard and outpaced all of his rivals on a wet track. On Saturday, Preining had already earned plenty of points for fifth place. The Linz-born racing driver travels to the final race weekend in Hockenheim (7 to 9 October) with good chances of winning the title.
Stuttgart. The conditions at the Red Bull Ring on Sunday were ideal for Preining and his ca. 367 kW (500 PS) Porsche 911 GT3 R: The 24-year-old works driver knew how to tap the full potential of the rear-wheel engine concept of the GT3 racing car from Weissach in the wet. The Linz-born racing driver headed into the race from P7 in the No. 24 car fielded by Team 75 Bernhard and, with breathtaking manoeuvres, which he describes as “very cool”, ploughed his way to the front. After 35 laps, he crossed the finish line first with a lead of 4.640 seconds.

This was the Austrian’s second win of the season after scoring the maiden DTM win for the Porsche brand at the Norisring in summer. The youngster from the team of the Porsche brand ambassador Timo Bernhard had already stunned home crowds at Spielberg on Saturday. Locked in gripping duels with the Audi driver Nico Müller (Switzerland), Preining proved himself to be determined and cutthroat. After a time penalty was revoked post-race, he ultimately took home ten critical championship points. Preining now has 116 points to his credit, just 14 points shy of the leader. Given that up to 58 points are awarded at the last two races of the season in Hockenheim, this means that the Porsche works driver still has a decent chance of winning the title.

“Over the past weekend, my heart rate didn’t once return to normal,” states Sebastian Golz. The Porsche 911 GT3 R Project Manager adds: “After Thomas Preining’s sensational overtaking moves in the first race and a commendable fifth place, he and his team earned their well-deserved reward in Sunday’s race. Victory at his home race is something very special for Thomas. The entire Porsche family joins him in celebrating this success. Thanks to the strong and steady performance of the entire Team 75 Bernhard, Thomas is now in contention for the title. He’ll definitely go for gold in Hockenheim. We’re very excited!”

To commemorate the Austrian motorsport legend Walter Lechner, Preining contested his home race with a special livery. The background: The Porsche works driver had achieved the greatest victories of his career to date at the Red Bull Ring driving one of the Lechner team’s Porsche 911 GT3 Cup. In the 2018 season, the then Porsche Junior won the Porsche Carrera Cup Deutschland and the Porsche Mobil 1 Supercup races in Styria – both comfortably from pole position. The racetrack close to the town of Spielberg has proven to be good turf for many young drivers from the tried and true Porsche motorsport pyramid: Today’s works driver Matt Campbell won the German Carrera Cup and the Supercup at the Red Bull Ring in 2017, with Frenchman Julien Andlauer repeating this achievement two years later. In 2021 and again this season, the current Porsche Junior Laurin Heinrich also won on the Formula 1 circuit in the Alps.

After securing his second win of the season and fifth place on Saturday, Preining advances to fourth place in the DTM driver’s classification. The Austrian earned a total of 32 points last weekend – significantly more than all other drivers in the popular, tradition-steeped German racing series. On 8-9 October, the final doubleheader event of the 2022 season will be contested at the Hockenheimring Baden-Württemberg.

For the drivers of the Munich-based Porsche customer team SSR Performance, the Spielberg event did not run as smoothly. On Saturday, Dennis Olsen and Laurens Vanthoor retired, on Sunday, the Spa-Francorchamps winner from Norway finished in the points with ninth place, while his Belgian teammate reached the finish line in 16th place.

Comments on the race weekend at the Red Bull Ring
Thomas Preining (Porsche 911 GT3 R #24): “The level in the DTM is unbelievably high, the teams work at the highest professional standard and the drivers are all world-class. To be able to win a single race in this environment is incredible, let alone two victories. That’s simply mindboggling! The fact that I did this at my home race in Austria is really the crowning glory. It feels like something out of a fairytale. Now that we’re within striking distance of the championship, everything’s still open. I’m going all in at Hockenheim. I’ll do my very best to perhaps bring home the really big trophy.”

Timo Bernhard (Owner Team 75 Bernhard): “What a weekend! After a hard-earned fifth place on Saturday, Tommy ploughed from seventh to victory on Sunday. He drove a sensational race. Our team did a terrific job, too: we had the right tyre strategy, a great setup and were spot on with the optimum tyre pressure every time. What’s more, we kept our cool on the way to success. Now we’re in the title race with Thomas. We’ll prepare meticulously and go all out at Hockenheim. Sunday at Spielberg will be etched in our memories forever, regardless of the result at the finale, because we all did something really spectacular there.” 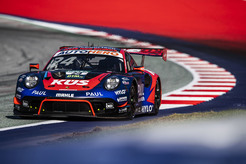 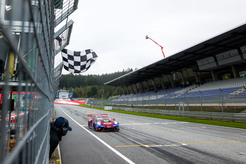 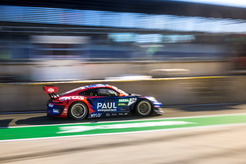 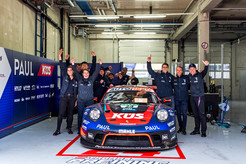 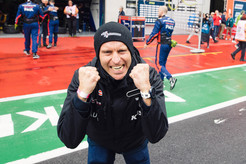 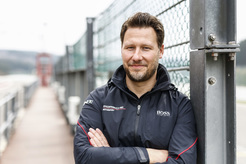 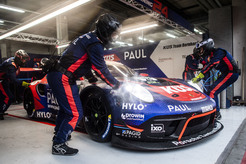 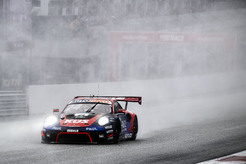 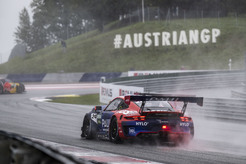 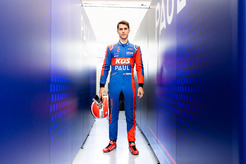 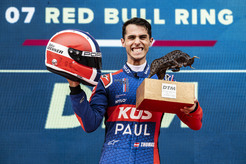 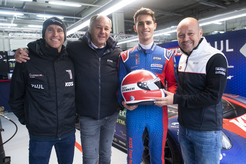 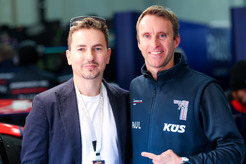 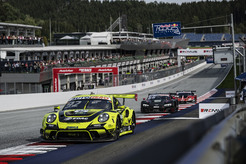 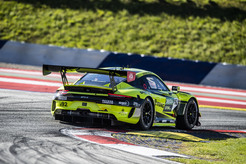 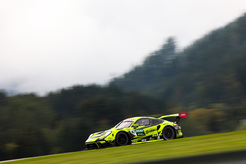 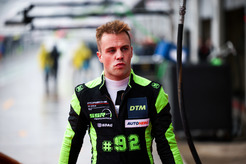 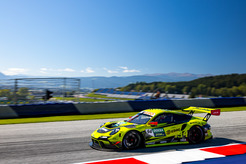 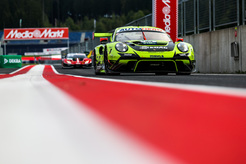 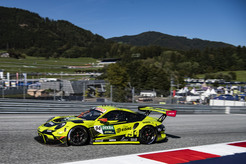 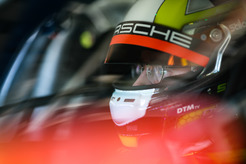