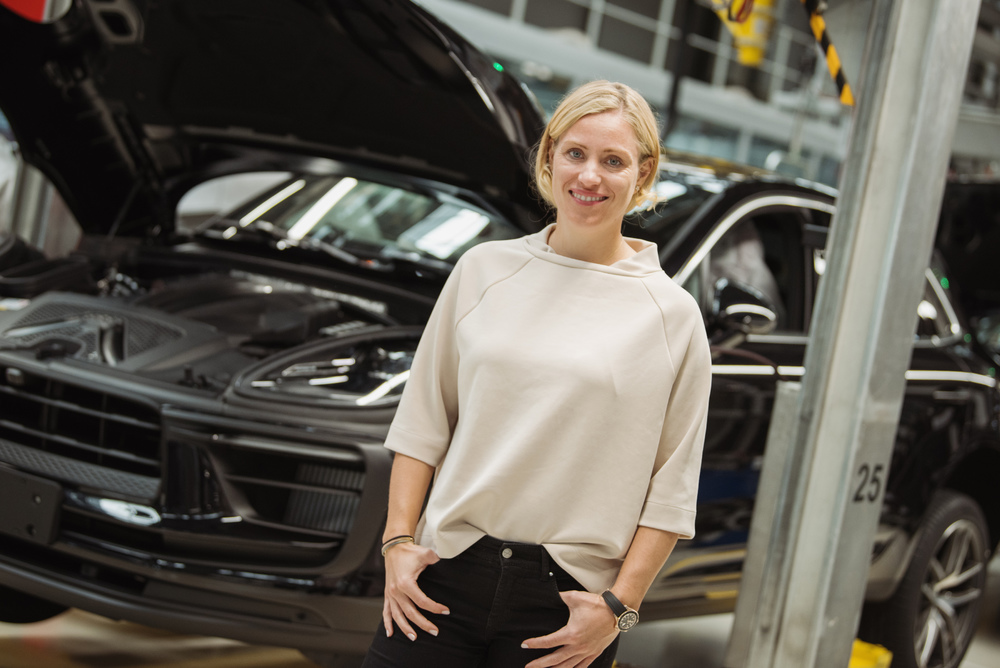 Stuttgart/Leipzig. Angelique Kerber is looking to return to competitive tennis as soon as possible after giving birth. This was revealed by the Porsche Brand Ambassador in a Porsche Newsroom interview conducted during her stay in Leipzig for the Opera Ball. And she is mainly focussed on one thing: “I’d love to play for Germany again at the 2024 Olympics in Paris.”
Angelique, you were the guest of honour at the Leipzig Opera Ball where you presented a Signal Yellow Porsche Macan as the main raffle prize to the lucky winner. What was it like?
“I was a real pleasure being a part of the terrific event. Porsche has after all presented the society occasion, which simultaneously serves such a wonderful cause, ever since 2013. The proceeds from the raffle will make many projects for Leipzig children and youths possible. As a Porsche Brand Ambassador, I’m naturally very happy to support this.”

Before venturing out onto the ballroom’s dance floor, you were able to look around the Porsche factory in Leipzig. What impressed you most of all?
“The thing that impressed me most of all was the complex logistics upon which the production of the Porsche Macan depends. After all, the model stands, as I learnt during the guided tour, for the success story of the Porsche factory in Leipzig. I really was given lots of highly interesting insights. And the next time I’d definitely like to go for a spin in a sports car around the circuit and try my hand at one of the Experience Programmes.”

During your time off to have a baby, will you be appearing more often in your role as a Porsche Brand Ambassador?
“It’d be a real pleasure to do so. I’ve got the time for it, so let’s see what happens, I’m very open to everything. I just love doing events for Porsche. It’s so much fun, especially like now at the Opera Ball when the focus is on good causes.”

Let’s now talk about tennis. You were a Eurosport co-commentator for the US Open final. How did it go?
“It was very interesting and lots of fun. Tennis is my passion, my big love. I’ve been involved in the game for many years now. I know the players which is a real advantage. I know what’s going on in their minds, how they prepare for a match. I hope I was able to give the viewers some interesting insights.”

You won the 2016 US Open. What memories and emotions swelled up in you?
“It was pretty intensive. When the players went out on court and after the match at the victory ceremony, they were very emotional moments. Many thoughts from 2016 went through my head, nice memories of unforgettable moments. It was pure goosebumps.”

Iga Swiatek is the world’s top player. What you think about the Pole’s winning streak in which she has gone on to claim the US Open after taking the French Open?
“I’ve got lots of respect for the poise with which she has gone about everything. I have to take my hat off to her for the way she has dealt with all the hubbub surrounding her. She’s after all still only 21. I know her well and am eager to find out how much longer she will continue at the same high level.”

What makes the Pole so strong?
“It’s mainly her consistency. This season, she’s not only won the Grand Slams in Paris and New York but also the tournaments in Doha, Indian Wells, Miami and Rome as well as the Porsche Tennis Grand Prix in Stuttgart. She’s mentally strong and continues to work hard even after all her successes. That and the intensity that marks her game on court from the start right up until the end makes her a player that is very difficult to beat.”

Who do you feel is capable of challenging her at the top?
“I think Iga will head the world rankings for a long while. One player that’s come on very well and who has shown, and not only at the US Open, that she is also able to play consistently good tennis under pressure is Coco Gauff. I feel she will also soon be in a position to win Grand Slams and challenge for top spot.”

You’ve been competing for what feels like an eternity on the pro tour. What does your daily life without tennis look like?
“I haven’t missed a Grand Slam in the last 13 years. It’s why the present situation is something completely new for me. There isn’t a nicer reason for taking a break from tennis. I’ll be trying to use the time for myself as best I can. I’m continuing to do sport to stay fit and am still playing tennis. Sport just happens to belong to my life. But I naturally won’t be overdoing things. I’ve got lots of experience and know exactly what’s good for me and what’s not.”

You watched lots of US Open matches on the television. What was the view from the outside like for you?
“It’s a totally different perception to the one you get when you’re standing on court yourself. When you watch a match from the beginning to the end then you see more details and can better analyse certain situations. For one or the other players, I now know far better what I have to look out for should I face them again.”

That means having a baby is not the end of your playing career?
“Definitely not. I’ll try to get fit again and return to the tour, but without rushing things. And then I’ll be wanting to go all out. If I do something, then I do it properly.”

What are your aims?
“One aim is the 2024 Olympic Games in Paris. I’d really like to play there. I took part in the Games in London and Rio de Janeiro and it’s something special playing for one’s country at such a momentous event. I’d love to have the feeling once again. There’s quite a bit of time until then so I’m not under any pressure.”

What have you got planned for the near future?
“There are various projects that are important for me. One is my autobiography that is set to be published in November. I’ve invested a lot of time in it and have thought a lot about what I want to let the people in on, which messages I want to give young players starting out in the game. It was a very intensive and very emotional preoccupying myself with my life and my career. I hope I can give many people some pleasure with it.”


Angelique Kerber
was born in Bremen on 18 January 1988 and is one of the world’s most successful tennis players. In 2016, she won the Grand Slam tournaments in Melbourne and New York, was a silver medallist at the Rio de Janeiro Olympic Games and reached the final of the WTA Finals in Singapore. The successes led her to becoming the world No. 1. Since 2015 she is a Porsche Brand Ambassador. She then fulfilled a big tennis dream by winning Wimbledon in 2018. On 24 August 2022, the two-time winner of the Porsche Tennis Grand Prix in Stuttgart announced that she was pregnant.

Angelique Kerber: "I’d love to play for Germany again at the 2024 Olympics" 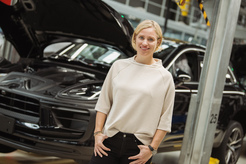 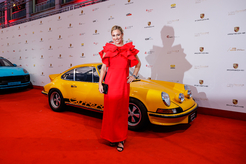 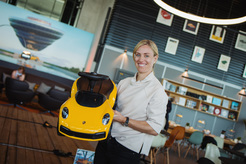 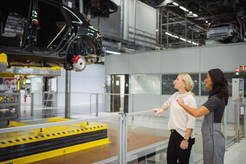 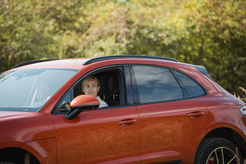