Stuttgart/Bad Griesbach. Passion for golf and cars: the second Porsche European Open will take place from Thursday to Sunday in the Bavarian town of Bad Griesbach. The focus is on the spectator experience, while the field features a host of top players.

“We have improved the tournament experience for golf enthusiasts,” said Detlev von Platen, Member of the Executive Board of Management - Sales and Marketing. “This relates to both the excellent field of players and the attractive support programme on-site. This will give the spectators at this year’s tournament an even better and more intense experience of our brand and our passion for this fantastic sport.”

The field for the tournament, which boasts a prize purse of two million Euros, features no fewer than five major winners, 13 former Ryder Cup players and two from the current crop, as well as a host of tournament winners on the European Tour.

The tournament’s top star is Martin Kaymer. This is the final event for the man from Düsseldorf before he heads off to the USA for the Ryder Cup the following week. The Porsche European Open offers Kaymer’s fans the only opportunity this year to watch the two-time major winner and Germany’s number one golfer at a European Tour event on German soil.

In addition to the excellent sporting action, spectators in Bad Griesbach can also look forward to an extensive support programme and large exhibition of products away from the course. The highlight is the new Porsche Panamera 4S, which visitors to the tournament can feast their eyes on at close hand, one week before it is officially launched at the Paris Motor Show. During the tournament week, the 17th hole offers two opportunities for someone to get their hands on this outstanding sports car: not only is it the fantastic prize for the first pro to ace the hole during the Porsche European Open, but also for the new Porsche Public Hole-in-One competition. This is open to all adult visitors to the tournament, who have the chance to qualify for an evening shoot-out on the 17th, in which they will play for a Panamera 4S.

The Porsche Drive programme allows tournament guests to put the latest Porsche models, including the 718 Boxster, through their paces. As well as the Porsche Owners’ Lounge, the “Porsche Welt” area, which features Porsche Design and the Porsche Driver’s Selection, also intensifies the brand experience.

The week kicks off on Wednesday with the Pro-Am tournament, at which the tournament’s top stars will be joined by a host of celebrities from the world of sport, the economy and the media. Also in action will be the winning team from the Porsche Generations Open, a new tournament series for amateurs, which was launched this year.

Porsche is also proving its innovative prowess on the golf scene: for the first time in the history of the European Tour, digital advertising banners, which sport fans will be familiar with from football stadiums, will be used at the 2016 Porsche European Open.

Tournament information
You can find all details regarding directions, tickets, TV times and tournament opening hours at www.europeanopen.com

Porsche in golf
As well as the Porsche European Open, which was staged for the first time in 2015, Porsche AG has also been successfully involved in amateur golf since 1988 with the global Porsche Golf Cup. Porsche has extended its commitment to golf this year with the Porsche Generations Cup, an innovative nine-hole format for amateurs from two generations, which is initially only taking place in Germany. 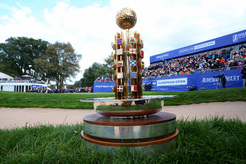 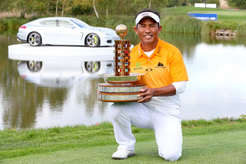