Interview with a golfing legend

Stuttgart/Bad Griesbach. South African major winner Ernie Els is back at the European Open for the first time for many years. “The Big Easy” was kind enough to give us a short interview before heading to the first tee.

Ernie, you flew in yesterday from Florida to Linz in Austria and …
Ernie Els: … that proved as a mistake.

Why?
Els: We would have been better off picking a German airport, because then we could have felt the real horsepower at our disposal in the Porsche 911. In Austria we had to respect the speed limit of 130 km/h. That was a little bit frustrating.

Why did you add the Porsche European Open to your schedule this year?
Els: I received an invite and I’ve been off for about a month, plus it’s one way of getting to drive a nice Porsche. I haven’t played too many European Tour events this year, so I’m here to catch up a little on that.

Why have you decided to play over here at this time of the year?
Els: I’m playing the Dunhill Links Championship, and I really want to get ready for when the season starts in the US, which is in about three or four weeks. I want to get some tournaments under my belt, play in Europe where I’m a lifetime member, see some of my mates and play some good golf. I haven’t played the European Open since 1994 so it’s nice to be back.

Now you find yourself back here at the Porsche European Open, a very prestigious event with a great history, which was first played in 1978?
Els: The European Open is such a huge event historically. I remember watching it at Walton Heath on television for many years and I think when I last played it was in England at East Sussex National. It’s taken quite a few years to come back and what an event – to have a nice sponsor like Porsche getting it back on the schedule is huge.


Tournament information
You can find all details regarding directions, tickets, TV times and tournament
opening hours at www.europeanopen.com

Porsche in golf
As well as the Porsche European Open, which was staged for the first time in 2015, Porsche AG has also been successfully involved in amateur golf since 1988 with the global Porsche Golf Cup. Porsche has extended its commitment to golf this year with the Porsche Generations Cup, an innovative nine-hole format for amateurs from two generations, which is initially only taking place in Germany.

Interview with a golfing legend: Ernie Els at the Porsche European Open 2016 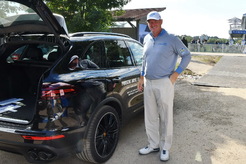 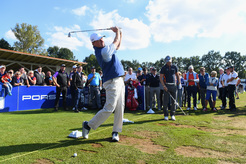 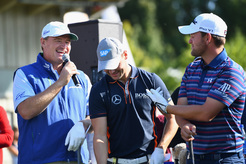