Stuttgart. It was a win that Mona Barthel has had to wait a long time for. Three years after her last triumph on the WTA Tour, the Porsche Team Germany player has won the clay court tournament in Prague. In the final on Saturday, the 26-year old qualifier beat the Czech Kristyna Pliskova 2-6, 7-5, 6-2.

In winning her fourth career WTA title – after Hobart (2012), Paris (2013) and Bastad (2014) – Mona Barthel has crowned an impressive comeback. After only being able to make rare appearances in 2016 due to a mystery illness, she returned this year to the WAT Tour as the world No. 183. At the Australian Open she immediately reached the third round. After her win in the final in Prague, where she beat the number three seed and local hero Barbora Strycova in the semi-final, she will be back amongst the world Top 60. In 2013, the German was on the verge of breaking into the Top 20 – where she is aiming to return.

“I’m so happy and relieved. Winning another title after such a long time is such a fantastic feeling,” said Mona Barthel. “I’ve had a tough time behind me but I’ve always believed in myself. I’m not yet where I want to be, but I’m right on track.” 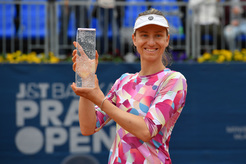 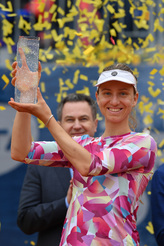 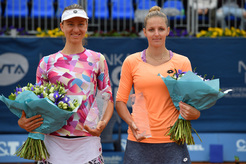 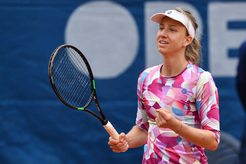 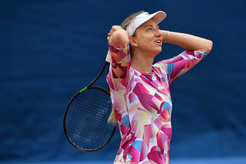