Stuttgart/Hamburg. Victory for the Tour newcomer: English golfer Jordan Smith won the Porsche European Open, which boasts a total prize purse of two million Euros, in Hamburg on Sunday. It took a play-off at Green Eagle Golf Courses to decide the destination of title. In the end, it was the 24-year-old Englishman who emerged triumphant against the defending champion, Frenchman Alexander Lévy, on the second hole of the play-off. The win in Hamburg was Tour rookie Smith’s first success on the European Tour. Both players had previously finished on -13 after the 72 regular holes to force a play-off. Smith was overjoyed at his win: "I just love this prestigious event, and I really enjoyed the whole week here."

Swede Johan Edfors and Bangladesh’s Siddikur Rahman (-11) finished tied in third place, two shots behind Lévy and Smith. Over the course of the four days of the tournament, 39,000 spectators visited the course to witness world-class golf at first hand.

“Golf fans have really embraced the Porsche European Open on its first appearance in Hamburg, in spite of the unsettled weather,” said Dr. Kjell Gruner, Vice President of Marketing at Porsche AG. “We have witnessed some great sporting action at Green Eagle Golf Courses and, as title sponsor, we are pleased to have been able to contribute to offering players and spectators alike a top-class experience – both on and off the course – with an extensive brand presence. The past few days have shown emphatically that Porsche, golf and the metropolitan region of Hamburg are an excellent fit.”

Saturday had already produced a further two sporting highlights, courtesy of US Ryder Cup star Patrick Reed, who shot an albatross on the 18th, and Marcel Siem: the 37-year-old German, making his 400th appearance on the European Tour, hit a hole-in-one on the 17th hole (par 3). Siem was rewarded for his masterstroke with a Panamera Turbo Sport Turismo. 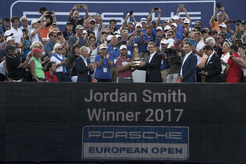 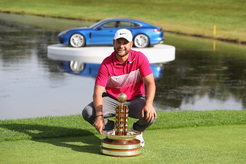 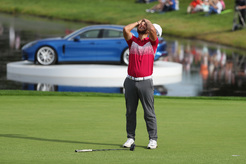 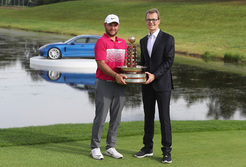 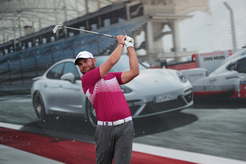