First win for Porsche Junior Preining ahead of champion Olsen

Stuttgart. Dennis Olsen (Konrad Motorsport) celebrated a successful conclusion to the Porsche Carrera Cup Deutschland season on the Hockenheimring Baden-Württemberg. Second place on Saturday behind Christian Engelhart (D/BLACK FALCON) and in front of Michael Ammermüller (D/raceunion Huber Racing) was enough for the Norwegian to take home an early championship title. Round 14 on Sunday saw Olsen finish again on second place at the wheel of his 485 hp Porsche 911 GT3 Cup. Only Thomas Preining (A/Konrad Motorsport) was faster. For the Porsche Junior, this victory marked his first in the national one-make series. “That was a perfect end to the season. I had a dream start and I drove an immaculate race. I’m thrilled for Dennis Olsen, he totally deserves the championship title,” said Preining. Third place at Sunday’s race went to Engelhart.

As the fastest in qualifying of the 25-strong field, Engelhart took up the race from pole position. Preining, however, made a catapult start from second place to sweep past the 30-year-old. Olsen started from third on the grid and also overtook Engelhart in the first lap. Over the rest of the race, Olsen kept close to Preining’s bumper. However, the 21-year-old junior racer kept his cool and, in gripping duels, successfully held the Norwegian at bay to defend his lead spot. After 18 laps, Preining beat Olsen to the line. Preining received the trophy for his victory from Dr. Frank-Steffen Walliser (Vice President Motorsport and GT Cars at Porsche AG). Olsen was happy with his second place: “It’s a fantastic result for our team. I tried several times to get past Thomas Preining, but it simply wasn’t possible.”

Behind the duo from Konrad Motorsport, Engelhart crossed the finish line in third. On the 4.574-kilometre racetrack, the seasoned Porsche specialist treated fans to a spirited duel with Nick Yelloly (GB/Team Deutsche Post by Project 1). “The first lap was decisive, and unfortunately I lost two positions. Afterwards I was able to defend my third place, and the podium spot is a great end to the season,” said Engelhart. Yelloly saw the flag in fourth. Behind the 26-year-old, Zaid Ashkanani (KWT/MRS GT-Racing) earned points for fifth place, making the MRS pilot the best rookie in the field. Position six went to his teammate Christopher Zöchling from Austria. First in the amateur classification was Carlos Rivas (L/BLACK FALCON) ahead of Wolfgang Triller (D/Huber Racing by TriSpa) and Jörn Schmidt-Staade (D/Cito Pretiosa).

After 14 championship rounds, Olsen concluded the season as the champion with 273 points. Vice-champion in the Porsche Carrera Cup Deutschland is Yelloly. The racing driver from Solihull in Great Britain earned 237 points over the season. Third in the overall classification went to Michael Ammermüller (D/raceunion Huber Racing) with 177 points. The best driver in the rookie classification was Larry Ten Voorde (Team Deutsche Post by Project 1). The Dutchman won the title for series’ newcomers. Triller takes home the amateur title with 172 points. 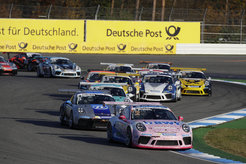 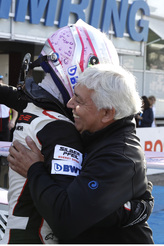 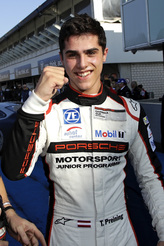 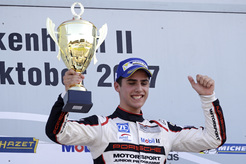 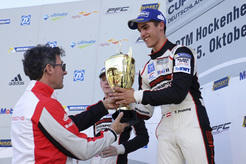 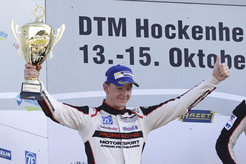 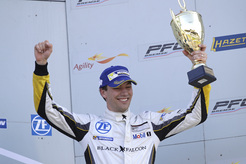 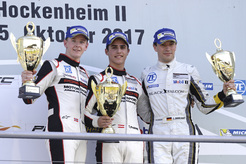 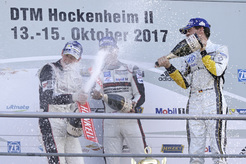 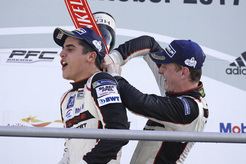 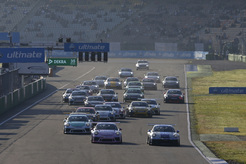 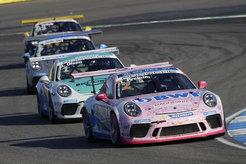 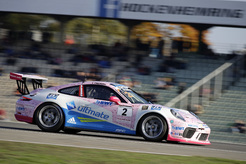 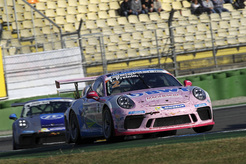 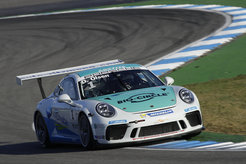 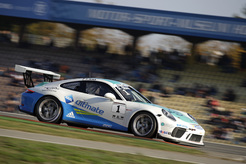 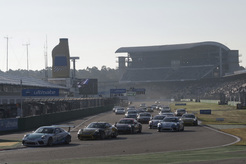 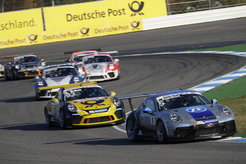 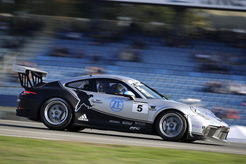 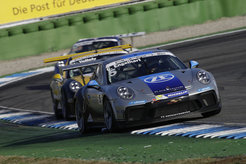 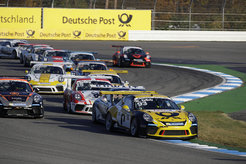 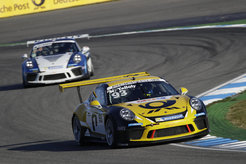 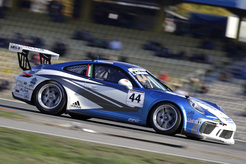 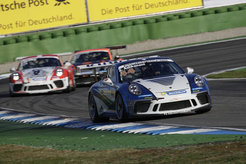 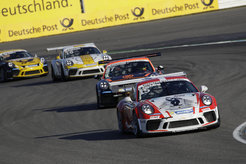 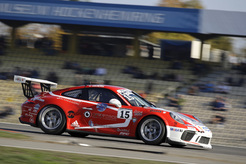 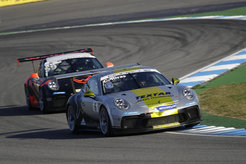 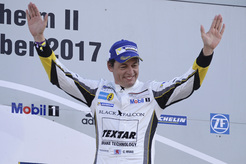 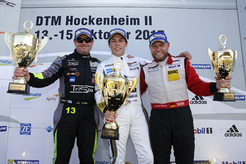