Stuttgart. Award for the 40th Porsche Tennis Grand Prix: WTA Tour players liked the anniversary year’s event more than any other tournament in the world in 2017. They have once again voted the long-standing Stuttgart event as their favourite tournament in its category (Premier 700) – for the ninth time since the move to the Porsche Arena in 2006 and for the fourth time in succession. “The award comes from the players which is what makes it so valuable,” said Tournament Director Markus Günthardt. “They’ve therefore shown us just how much at home they feel here and how much they appreciate our efforts to make the tournament even better. The prize is a both a mark of their trust and a spur for us.”

The 2018 Porsche Tennis Grand Prix will take place in Stuttgart’s Porsche Arena from 21 to 29 April. Advance ticket sales are available at Easy Ticket Service – on the phone at +49 711 2555 555 or in internet at www.easyticket.de. Those taking advantage of the special Christmas ticket offer before December 26 will be given a 10 percent discount (with the exception of tickets already reduced in price and ticket packages) and the added extra of free admission to the Porsche Museum. 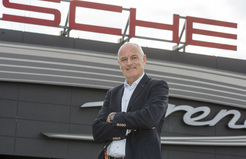 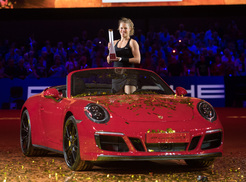 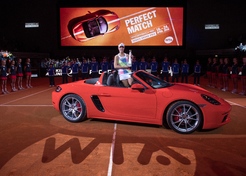