Stuttgart. Porsche Team Germany has started the 2018 Fed Cup season with a major success: playing in Minsk, the team guided by the national coach Jens Gerlach won the thrilling and hard-fought first round match 3-2 against Belarus. The surprising opening victory against last year’s runners up and favourites was clinched in the decisive doubles by Anna-Lena Grönefeld and Tatjana Maria: in a real tennis cliff-hanger lasting two and a half hours in the sold-out Chizhovka-Arena on Sunday, they defeated Aryna Sabalenka and Lidziya Marozava 6-7, 7-5, 6-4. “It’s why one plays tennis. For one’s country, for such matches,” said Anna-Lena Grönefeld. Tatjana Maria added, “We had a fantastic team this weekend and deserved to win.”

In the semi-final on 21/22 April, Porsche Team Germany will face the five-time Fed Cup winners the Czech Republic on home soil. The venue for the repeat of the 2014 final is still to be decided.

The away encounter in Minsk turned out to be the expected tough encounter for Porsche Team Germany. After the singles, the match was tied at 2-2. Despite getting off to a good start, Tatjana Maria lost her opening singles on Saturday 4-6, 6-1, 6-2 against Aryna Sabalenka. The scores were levelled by of all people Fed Cup debutant Antonia Lottner who this season is still being supported in the Porsche Talent Team Germany squad: playing impressively the 21-year old surprisingly won against the Belarusian No. 1 Aliaksandra Sasnovich 7-5, 6-4. The tie was still open.

On Sunday, Porsche Team Germany, which went into the encounter without its top players Angelique Kerber, Julia Görges and Carina Witthöft, took the lead for the first time when Tatjana Maria overcame Vera Lapko 6-4, 5-7, 6-0. However, Antonia Lottner just failed to add a second win when losing 6-3, 5-7, 6-2 to Aryna Sabalenka. The youngest player on the winning team was deeply impressed by her Fed Cup debut: “Playing in front of such a crowd is absolutely incredible,” she said. “I enjoyed every minute out on court and am so happy at being given the chance to be here and making a contribution to the fantastic win.” 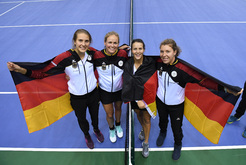 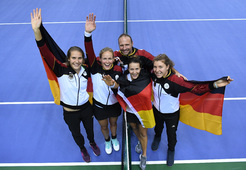 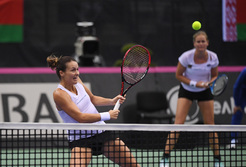 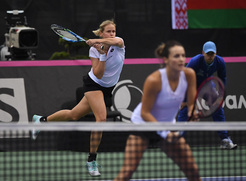 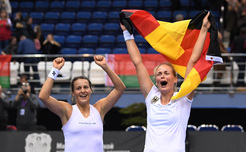 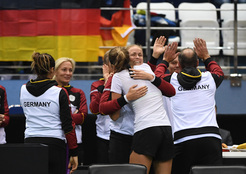 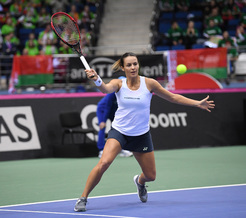 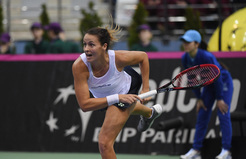 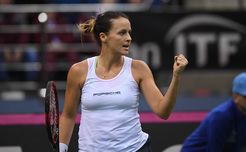 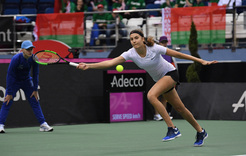 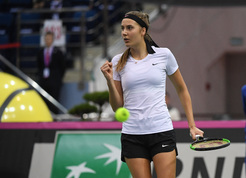 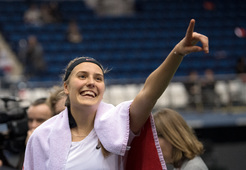 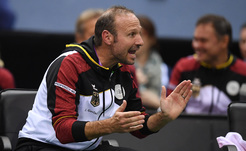 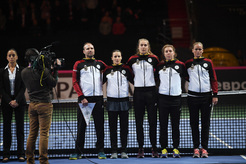