Stuttgart. What a start to the 2018 Porsche Tennis Grand Prix –Julia Görges won the first ever Turkish Airlines Tiebreak in front a highly enthusiastic audience in the Porsche Arena on Monday. In the final of the attractive competition contested by six top players, the Porsche Brand Ambassador overcame Angelique Kerber to secure 1,000,000 bonus miles from Turkish Airlines. Another player with a reason to be happy was Carina Witthöft. Though she was unable to win her qualifying final, the luck of the draw helped the German to nevertheless fulfil her dream of a main draw ticket as a Lucky Loser.

In her match on Centre Court in the Porsche Arena, Carina Witthöft lost the battle for a main draw berth at the Porsche Tennis Grand Prix. The world No. 56 was defeated 5-7, 6-1, 6-3 in her qualifying final by the Czech Marketa Vondrousova. However, when a Lucky Loser was drawn in the referee’s office after Anastasija Sevastova (Latvia) had to withdraw, the Porsche Team Germany player had luck on her side to become the fifth German to take up a place in the main draw of the long-standing Stuttgart tournament. Her opponent in the first round on Wednesday will be the qualifier Zarina Diyas from Kazakhstan.
Earlier on there was a major upset in qualifying when Marta Kostyuk beat the top-seeded Frenchwoman Französin Alizé Cornet 4-6, 6-2, 6-3. Aged 15 years and ten months, the Ukrainian hit the headlines at the start of the season in the Australian Open by reaching the third round. She is one of the youngest players in the history of the Porsche Tennis Grand Prix.

Turkish Airlines Tiebreak: Julia Görges wants to fly to the Maldives
The Porsche Tennis Grand Prix began with an attractive premiere as six top players split up into two groups went head-to-head in the Turkish Airlines Tiebreak. Played in quick succession, each match consisted of a champions’ tiebreak in which the winner was the first to ten points. In Group A, Julia Görges, who followed up seamlessly from her impressive Fed Cup performance, advanced after beating Caroline Garcia and Laura Siegemund. In Group B, Angelique Kerber defeated first Kristina Mladenovic and then Coco Vandeweghe. In the hard-fought final between the group winners, Julia Görges narrowly won 10-8 to secure 1,000,000 bonus miles from Turkish Airlines.

The Turkish Airlines Tiebreak is the perfect fit for the Porsche Tennis Grand Prix as the most innovative tournament on the WTA Tour. Both the spectators, who enjoyed themselves loudly cheering on all the players, and Julia Görges were of the same opinion. “It’s a very interesting format and was a lot of fun for us players and the crowd,” said the winner. Asked about her dream destination, she did not have to think long before answering, “A holiday in the Maldives wouldn’t be bad.”

Five top players to start tournament campaign
Tuesday’s schedule is a ripsnorter. Five top players will begin their tournament campaign in the Porsche Arena. The spectators can warm up with the match between Antonia Lottner from Porsche Talent Team Germany and the highly-talented Marta Kostyuk at 11:30 am. Afterwards Karolina Pliskova (Czech Republic), the world No. 6, will take to the court against the Dutchwoman Kiki Bertens. They will be followed by Carolina Garcia’s (France/No. 7) match against the three-time Stuttgart winner Maria Sharapova from Russia. The evening session (not before 6.30 pm) will see Julia Görges take on the qualifier Marketa Vondrousova before Laura Siegemund starts her title defence against the Czech Barbora Strycova.

The first main draw match was played on Monday evening. It produced a 6-2, 6-2 win for Slovakia’s Magdalena Rybarikova against the Russian Daria Kasatkina. In the second round, she will meet the top-seeded Simona Halep, the current world No. 1.

Our digital Media Guide can be found at https://presskit.porsche.de/ptgp/2018/. Additional images and videos in the Porsche Newsroom (http://newsroom.porsche.com) and for journalists in the Porsche press database (https://presse.porsche.de)
Sports Communications
Viktoria Wohlrapp
Phone: +49 (0) 711 / 911 28099
E-mail: viktoria.wohlrapp@porsche.de
Tekst 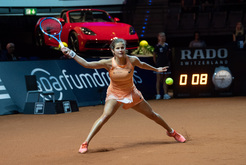 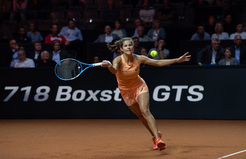 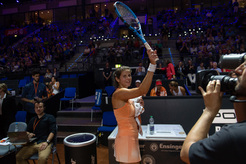 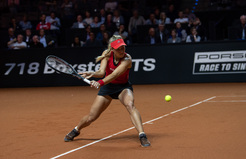 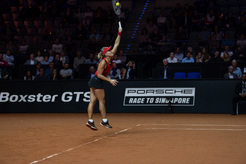 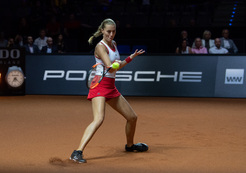 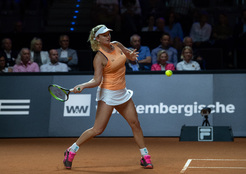 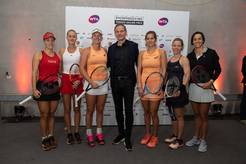 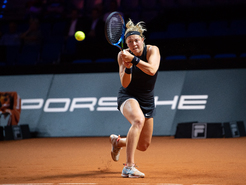 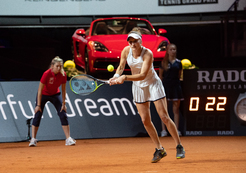 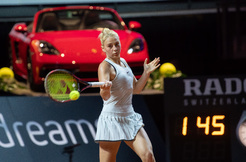 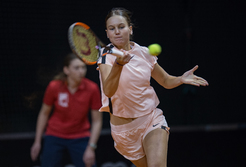 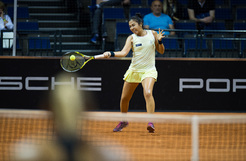