Stuttgart. Perfect comeback for Anna-Lena Friedsam: the Porsche Team Germany player, whose shoulder injury forced her to take a ten-month break from the game, has won the German Tennis Championship for the third time after her successes in 2013 and 2015. In Sunday’s final, the 24-year old beat Antonia Lottner from the Porsche Talent Team 3-6, 6-1, 6-4 at the Biberach an der Riß venue in Southern Germany.

Before moving up to Porsche Team Germany, Anna-Lena Friedsam was also supported in the Porsche Talent Team. She initially struggled to find her rhythm in the first set against Antonia Lottner but then the tournament’s top seed lived up to expectations to run out a comfortable winner of the championship.

“After my long injury break, the title win really means a lot to me,” said Anna-Lena Friedsam after her victory in the final. “For me the German Championship was the perfect opportunity to get some match practice after the long break. I’m so pleased everything has worked out so well.”

Katharina Hobgarski, another Porsche Talent Team player, also reached the semi-finals of the championship that included many of Germany’s top women players. 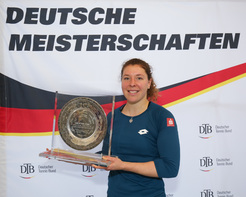 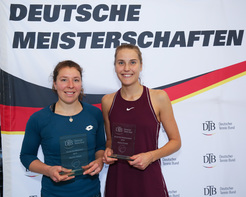